Officials are working to determine the cause of a fire that raged for hours at a south-central Pennsylvania chemical plant. 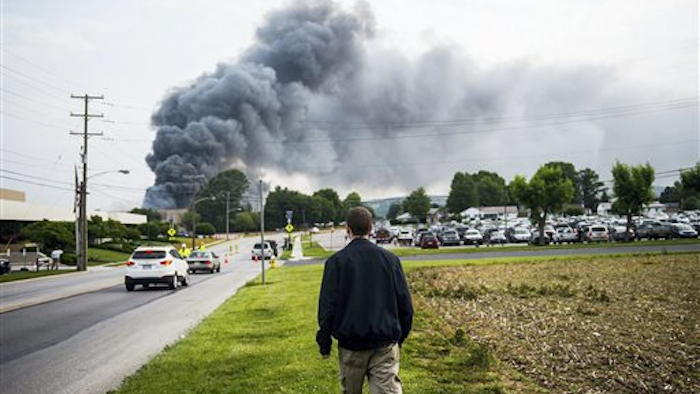 Hanover, Pennsylvania  — Officials are working to determine the cause of a fire that raged for hours at a south-central Pennsylvania chemical plant.

The blaze broke out around 3:30 a.m. Monday at Miller Chemical and Fertilizer in Conewago, Adams County. It continued to smolder into the afternoon as firefighters let it burn out.

Officials say the smoke is not considered toxic. Nearby residents were asked to shelter in place as a precaution. No injuries were reported.

A fire chief says homes would have been evacuated if winds had shifted and pushed smoke their way. Officials are monitoring air quality.