Consumer confidence showed a solid gain in June following a modest increase in May, supporting the view that strong job gains are giving a boost to the overall economy. 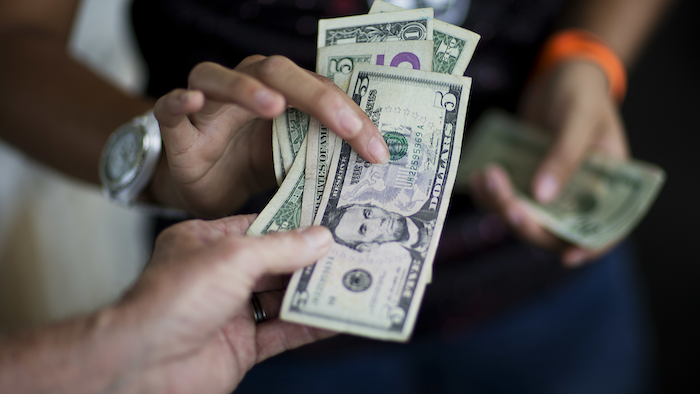 WASHINGTON (AP) — Consumer confidence showed a solid gain in June following a modest increase in May, supporting the view that strong job gains are giving a boost to the overall economy.

The Conference Board said Tuesday that its consumer confidence index rose to 101.4 in June, up from a May reading of 94.6. The June level matches the level in March. The index took a tumble in April.

The index is now 17.4 percent higher than it was a year ago, evidence that the economy is poised to enjoy stronger growth in coming months.

The June gain, which was stronger than economists had expected, was supported by increases in consumer views about current conditions and the labor market. Those expressing the view that jobs were plentiful rose to 21.4 percent, up from 20.6 percent in the previous month.

After a dismal start to the year, the economy has been showing signs of a rebound. In June, the labor market created 280,000 new jobs and economists believe job creation will top 200,000 when the July jobs report is released Thursday.

The expectation is that stronger job growth will boost consumer confidence and lift consumer spending, which accounts for 70 percent of economic activity.

"Overall, consumers are in considerably better spirts," said Lynn Franco, director of economic indicators at the Conference Board.

The economy went into reverse in the first three months of the year with the gross domestic product, the broadest measure of economic health, contracting at an annual rate of 0.2 percent.

Analysts are predicting a better performance in the April-June quarter with forecasts of growth rebounding to 2 percent or better and accelerating even further to growth of around 3 percent in the second half of the year.

A separate survey of consumer sentiment compiled by the University of Michigan that was released last week showed a gain to the highest reading since January.