The FDA says it's not aware of any patients who took the wrong drug, but the agency says it has received 50 reports of medication errors, including cases where doctors prescribed the wrong drug or pharmacies dispensed the wrong one. 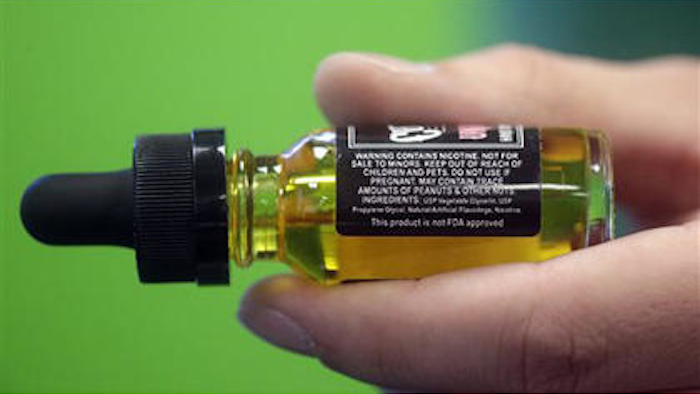 NEW YORK (AP) — The Food and Drug Administration said Thursday that some doctors and pharmacies are getting confused by the similar names of an antidepressant and a blood-thinning medicine.

The FDA says it's not aware of any patients who took the wrong drug, but the agency says it has received 50 reports of medication errors, including cases where doctors prescribed the wrong drug or pharmacies dispensed the wrong one. The two medications are Brintellix, an antidepressant, and Brilinta, a blood-thinning medication used to treat severe chest pain, prevent death after a heart attack or prevent a second heart attack.

The agency says it's been receiving reports of errors since Brintellix was approved in September 2013.

In a press release, the agency suggested that doctors write out the generic name of the drug and the ailment for which it's being prescribed. Brintellix, the antidepressant, is also known as vortioxetine. It's sold in the U.S. by Japanese drugmaker Takeda Pharmaceuticals.

Brilinta, the blood-thinner, is also called ticagrelor and is sold by AstraZeneca PLC. It was approved in 2011.

Companies propose names for their own drugs before they are approved. Those names are reviewed by the FDA's Division of Medication Error Prevention and Analysis, or DMEPA, which compares the name to drugs that are on the market and those still under FDA review. The office creates a list of names that could be confused with the name of the proposed drug. It considers factors including the spelling of the new drug, the way it will be pronounced by people with different accents, and how the name will look when it's written by hand. The agency uses a variety of handwriting samples to see if the name of the new drug might look like a different drug in certain peoples' handwriting.

The agency also rejects names that can mislead consumers by making a drug sound uniquely effective, and it doesn't allow names that are "overly fanciful."

The FDA reviews 400 proposed drug names every year and says it rejects about a third of them, and warnings over confusion based on drug names seem to be rare. But they do happen. In 2011, the agency said five patients were hospitalized when they were given the antipsychotic drug Risperdal instead of Requip, which treats symptoms of Parkinson's disease and restless legs syndrome. The FDA said it knew of more than 200 medication errors involving those two drugs and noted that both their brand names and generic names were somewhat similar: Risperdal is also known as risperidone, and the generic name for Requip is ropinirole