Kellogg hopes to eliminate them entirely by 2018. 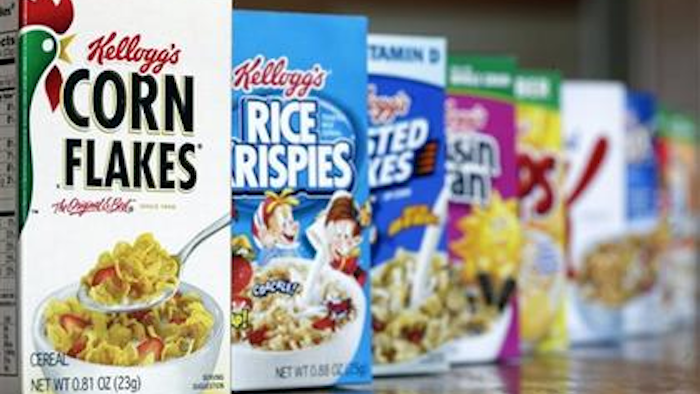 Kellogg Co. officials this week announced plans to eliminate artificial colors and flavors from its breakfast cereals and cereal bars.

Kellogg hopes to eliminate them entirely by 2018. The initiative also targeted some Kellogg snack bars and its Eggo brand of frozen waffles.

The announcement follows a similar move by rival General Mills earlier this year. Both companies were forced to adjust in recent years as consumers increasingly turned away from packaged and processed foods.

“We know consumers are looking for foods with simpler ingredients, and work is well under way to answer that call,” said Kellogg North America President Paul Norman.