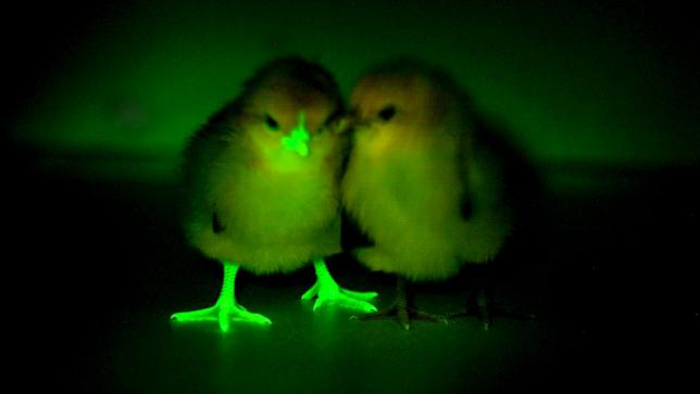 A select group of chickens in the U.K. possess a very attractive trait: they can't spread avian influenza.

But the birds are likely years away from use in commercial production despite the massive toll taken by the bird flu virus in the U.S.

The birds contain a genetic modification that mimics the virus' replication process, which tricks the virus into replicating a decoy molecule.

The research has yet to produce a chicken with complete resistance; that step could protect entire flocks from the virus.

"We've got enough positive results to make us think it's worth taking it further," Helen Sang of the University of Edinburgh told Reuters.

Some poultry companies are supportive of the research and helped provide funding, but the industry is also hesitant to embrace genetic modification. Most efforts to combat the H5N2 virus are focused instead on vaccines.

Critics of GMO plants warn of their potential environmental and health impacts, and no governments have approved the use of GMO animals for food.

Researchers said that they are currently interested only in the birds' disease-resistant properties and that placing GMO poultry onto store shelves remains about a decade away at best.

For one thing, the modified birds in the U.K. studies contain a protein to differentiate themselves from other chickens: under ultraviolet light, their beaks and feet emit a haunting green hue.

"Clearly if we were going to develop these birds for human production, we wouldn't be trying to persuade people to eat fluorescent, green chickens," Cambridge's Laurence Tiley told CBS News.

The H5N2 strain resulted in the deaths of about 48 million birds in the U.S. this year, largely in the Upper Midwest. Authorities are stepping up monitoring efforts in anticipation of another outbreak this fall.