Schumer Wants To Keep Drones Away From Airports, Major Events

Sen. Charles ​Schumer said he would introduce an amendment to a bill that funds the Federal Aviation Administration requiring drones sold or operated in the U.S. to have geo-fencing technology that would prevent them from operating within two miles of an airport or above 500 feet. 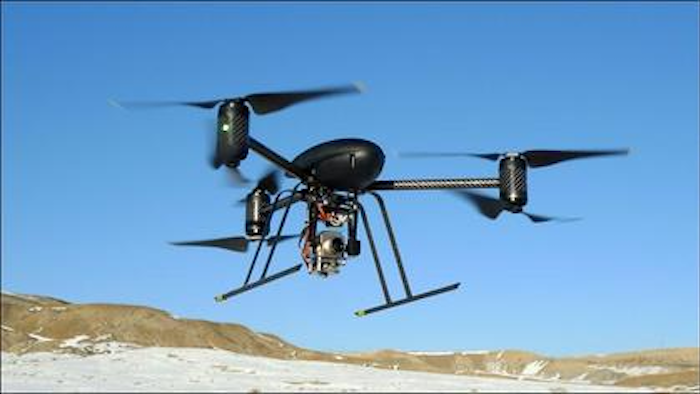 NEW YORK (AP) — Drone manufacturers would be forced to implement technology to keep the unmanned crafts away from airports and possibly events like parades and major sporting contests under a proposal Sen. Charles Schumer plans to introduce this week.

Schumer said he would introduce an amendment to a bill that funds the Federal Aviation Administration requiring drones sold or operated in the U.S. to have geo-fencing technology that would prevent them from operating within two miles of an airport or above 500 feet.

The amendment would also encourage the FAA to enact policies forbidding drones in other "sensitive locations," like sporting events, parades or near the Pentagon, Schumer told The Associated Press on Saturday.

"God forbid a drone was sucked into the engine of a passenger airline that was flying, it'd be a huge tragedy," he said. "And it's a matter of time before that happens."

Under current regulations, drone pilots must get clearance to fly within 5 miles of a sizeable airport in most cases. The FAA also notified drone enthusiasts in October that the law does not allow them to fly the aircraft near Major League Baseball, NFL and NCAA Division I college football games and major auto races.

FAA officials did not immediately return a message seeking comment on Sunday.

Schumer said his amendment was an "elegant solution" to a rise in drone incidents at sporting events and parades across the country. He believed the proposal will pass this month with bipartisan support among legislators.

Schumer pointed to an incident earlier this month where a drone buzzed above a match at the U.S. Open before it crashed into empty seats in the stadium. A high school science teacher who had been flying the drone in a park surrounding the tennis center was arrested on a reckless endangerment charge.

"Somebody could attach weaponry to them, or explosives," Schumer said. "No one has yet, but sooner or later someone will think of that."