Environmental groups led by the New York City-based Waterkeeper Alliance sued Taylor Energy in 2012, accusing it of withholding information about the leak's potential impact on the Gulf ecosystem. 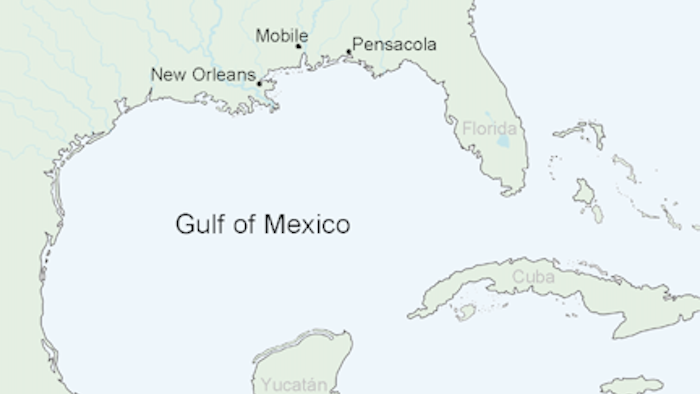 NEW ORLEANS (AP) — Environmental groups and a New Orleans energy company have reached a settlement agreement in a lawsuit stemming from the company's failed efforts to stop a decade-old, slow-motion oil spill in the Gulf of Mexico.

A federal court filing Thursday stated that an agreement had been reached between Taylor Energy Company and the environmental groups. Taylor said in a news release it has agreed under the settlement to make a $300,000 donation to a Louisiana marine research consortium and to fund $100,000 in research on the ecological effects of small, long term leaks in the Gulf.

Taylor also said it will host a public forum and publish a website with information on the company's spill response.

Environmental groups led by the New York City-based Waterkeeper Alliance sued Taylor Energy in 2012, accusing it of withholding information about the leak's potential impact on the Gulf ecosystem. The groups also argued that the public was entitled to know more about the company's government-supervised effort to stop the leak, which was the subject of an Associated Press investigation in April.

A trial for the groups' lawsuit was scheduled to start Oct. 5.

A spokeswoman for Waterkeeper Alliance declined to give an immediate comment.

The groups' "citizen enforcement suit" asked the court to rule that the company has violated the Clean Water Act and to impose civil penalties payable to the U.S. Treasury. The federal government hasn't filed its own lawsuit against Taylor Energy.

Under settlement terms outlined in Taylor's news release, the company will donate $300,000 to the Louisiana Universities Marine Consortium to purchase vessels, electronics and other equipment that the company says will help the consortium compete for grants. It also will fund $100,000 in research to study the "ecological impact of long term, small, diffuse hydrocarbon discharges in the Gulf of Mexico."

"We are pleased to have found common ground with Waterkeepers. The agreement balances the public's right to information with adequate safeguards for Taylor's proprietary technology," Will Pecue, Taylor's president, said in the news release.

Oil slicks frequently stretch for miles off Louisiana's coast at the site where a Taylor Energy-owned platform toppled during Hurricane Ivan in 2004. Waves whipped up by the hurricane also triggered an underwater mudslide that buried a cluster of oil wells under mounds of sediment, preventing Taylor Energy from using traditional techniques to plug them.

Only the broad contours of its leak response work are publicly known. The company says the government agreed to keep many details of its work confidential to protect valuable trade secrets.

An Associated Press investigation in April revealed evidence that the leak is worse than the company or the federal government has publicly reported. Shown the AP's findings, the Coast Guard released a new leak estimate about 20 times greater than one Taylor Energy touted in a court filing earlier this year.

The government also recently estimated that the leak could last a century or longer if left unchecked. Taylor Energy has downplayed the leak's extent and environmental impact, but it says nothing can be done to completely eliminate chronic sheens at the site.

The company has claimed the slicks result from residual oil oozing from sediment on the seafloor. Federal regulators, however, said oil most likely is emanating from at least one of the buried wells.

Taylor Energy sold all of its offshore leases and oil and gas interests in 2008, four years after founder Patrick Taylor died. The company is down to one full-time employee, and the leak is the only reason it still exists.

The company is led by Patrick Taylor's widow, Phyllis Taylor, a prominent philanthropist and political donor. Letters obtained by AP show that several members of Louisiana's congressional delegation intervened on Taylor Energy's behalf when the company tried to broker a deal with federal regulators to end its financial obligations for the leak.

Federal officials rebuffed those settlement overtures earlier this year and ordered the company to perform additional work. The Coast Guard has directed Taylor Energy to design and install a better system for collecting oil before it reaches the water's surface.

Oil was leaking at Taylor Energy's site for years, virtually unnoticed, before BP's massive Gulf spill in 2010. SkyTruth, a West Virginia-based watchdog group, was tracking oil from BP's spill with satellites when it spotted slicks at the site where Taylor Energy's platform toppled.

Using satellite images and Coast Guard pollution reports, SkyTruth has estimated that between 300,000 and 1.4 million gallons of oil have spilled from the site since 2004. That high-end estimate would make it one of the largest spills ever to pollute the Gulf, but Taylor Energy likens its leak to scores of natural seeps that the Gulf routinely absorbs.