GOP-ers Say Politics Could Interfere With Probe Of EPA Spill

In a letter sent Thursday to Interior Secretary Sally Jewell, Republicans questioned whether the agency's review would be independent. 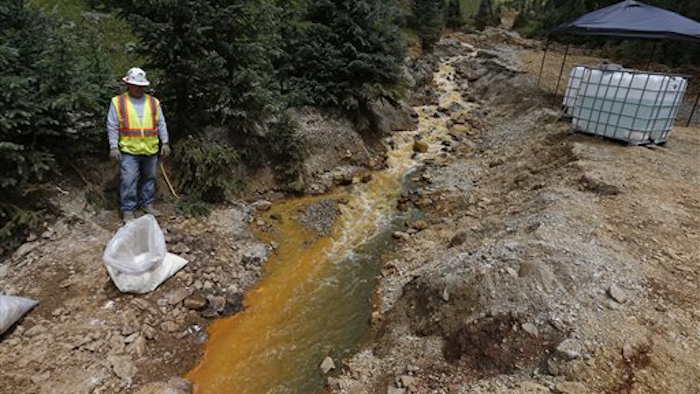 BILLINGS, Mont. (AP) — Some members of Congress say they're concerned that politics will influence the U.S. Interior Department's investigation of a toxic mine spill caused by another federal agency.

An Environmental Protection Agency cleanup team triggered the spill of 3 million gallons on Aug. 5 while doing excavation work on the Gold King Mine near Silverton, Colorado. Interior officials are reviewing the accident, which contaminated rivers in three states.

In a letter sent Thursday to Interior Secretary Sally Jewell, Republicans questioned whether the agency's review would be independent.

It was signed by Representatives Jason Chaffetz and Rob Bishop of Utah and Cynthia Lummis of Wyoming. Chaffetz chairs the House Oversight Committee, and Bishop chairs the Natural Resources Committee.

Interior spokeswoman Emily Beyer said the agency was aware of the letter. She offered no further comment.