The review of the Colowyo mine found that burning the coal at the nearby Craig Generating Station would have "insignificant impacts" on national greenhouse gas emissions and moderate impacts on emissions in Colorado. 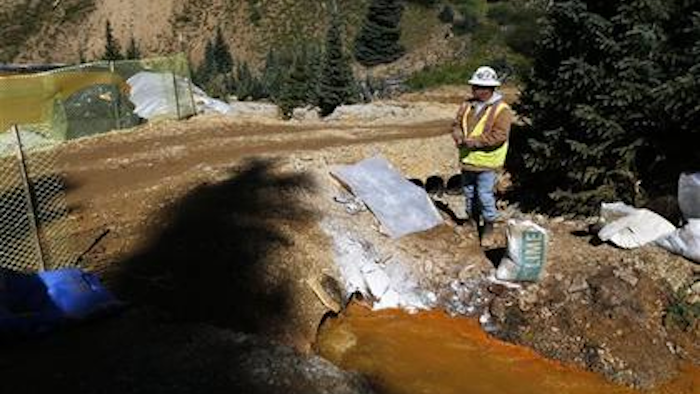 Federal regulators have recommended that a northwestern Colorado coal mine threatened with closure partly over its impact on global warming remain open.

The Interior Department's Office of Surface Mining Reclamation Enforcement issued its decision Tuesday, five days before a court-imposed deadline that congressional, state and local lawmakers had urged the office to meet to keep the Colowyo mine operating near Craig.

The Interior Department still must decide whether to accept the recommendation to ensure the mine's future, but U.S. Sen. Michael Bennet said Thursday that the review "will help relieve significant anxiety in Moffat and Rio Blanco counties."

The mining project was approved in 2007, but a federal judge in May ordered regulators to redo their environmental review, taking into account the impact the mined coal would have on climate change, and take public comment on the proposal. U.S. District Judge R. Brooke Jackson threatened to shut down the mine if the new review wasn't completed in time.

Jackson's ruling came in response to a lawsuit filed by New Mexico-based WildEarth Guardians, which also has sued to challenge the San Juan coal mine in New Mexico and the Spring Creek mine near the Montana-Wyoming border in the coal-rich Powder River Basin.

The review of the Colowyo mine found that burning the coal at the nearby Craig Generating Station would have "insignificant impacts" on national greenhouse gas emissions and moderate impacts on emissions in Colorado. It also noted that only 20 of the 809 acres to be mined under the original permit still remain untouched.

The Westminster, Colorado-based Tri-State Generation and Transmission Association, which owns the Colowyo Mine, welcomed the decision.

"Colowyo Mine and our 220 employees are grateful for the diligence and hard work of the OSM to complete the environmental assessment and finding of no significant impact with in the timeframe ordered by the judge," spokesman Lee Boughey said.

WildEarth Guardians is campaigning to keep coal from being mined to prevent global warming and wants federal regulators to calculate and disclose coal's climate impact before approving projects. The group's climate change director, Jeremy Nichols, said Jackson's ruling was an important victory but said he didn't expect regulators to shut down a mine overnight.

"It is time for an honest conversation about finding the best way for keeping coal in the ground," he said.