Executives from manufacturing giant Caterpillar Inc. are heading to Capitol Hill to explain what one senator calls an aggressive strategy to avoid paying billions of dollars in U.S. taxes. 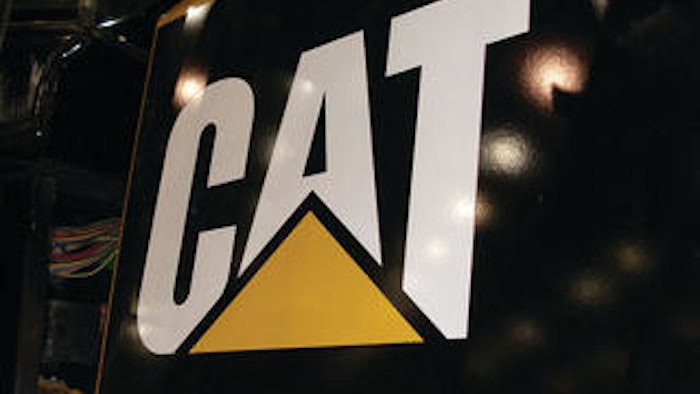 WASHINGTON (AP) -- Executives from manufacturing giant Caterpillar Inc. are heading to Capitol Hill to explain what one senator calls an aggressive strategy to avoid paying billions of dollars in U.S. taxes.

Caterpillar has avoided paying $2.4 billion in U.S. taxes since 2000 by shifting profits to a wholly-controlled affiliate in Switzerland, according to a report released by Sen. Carl Levin, D-Mich.

Levin chairs the Senate investigations subcommittee. His subcommittee is holding a hearing on the report Tuesday. Representatives from Caterpillar and accounting firm PricewaterhouseCoopers LLP are scheduled to testify.

The committee's Democratic staff compiled the report as part of a nine-month investigation into Caterpillar's taxes. It was released Monday.

The report raises questions about the validity of the tax strategy but does not accuse the Peoria, Ill.-based manufacturer of breaking the law.

"We don't reach those kinds of judgments," Levin said. "The question is, 'Is it tolerable?' And I don't think it is."

Julie Lagacy, a Caterpillar vice president, said in a statement that the company complies with all tax laws. She said Caterpillar pays an effective income tax rate of 29 percent, among the highest for multinational manufacturers.

"Caterpillar takes very seriously its obligation to follow tax law and pay what it owes," Lagacy said. "Caterpillar's philosophy is that our business structure drives our tax structure. We comply with the tax laws enacted by Congress, by the states and by all of the many jurisdictions in which we conduct business."

Levin's subcommittee has examined the tax practices of various U.S.-based corporations, including Apple, Microsoft and Hewlett-Packard. Levin said he chose to examine Caterpillar because it was a clear example of tax avoidance.

Levin has introduced legislation to restrict the ability of U.S.-based corporations to shift profits overseas to avoid U.S. taxes. But the bill has stalled in the Senate.

Sen. John McCain of Arizona, the top Republican on the subcommittee, did not sign off on Monday's report.

Caterpillar is the world's leading manufacturer of construction and mining equipment, with sales and revenues last year of nearly $56 billion. The company says it has increased U.S. employment by 13,000 jobs since 1999, growing to nearly 52,000 workers last year.

The company says it has 118,000 employees in 21 countries. In the U.S., it has 69 manufacturing and logistics facilities in 23 states, and dealers from coast to coast.

Under the tax strategy, Caterpillar transferred the rights to profits from its parts business to a wholly-controlled Swiss affiliate called CSARL, even though no employees or business activities were moved to Switzerland, the report said. In exchange, CSARL paid a small royalty, and the income was taxed at a special rate of 4 percent to 6 percent that Caterpillar negotiated with the Swiss government, the report said.

The report says Caterpillar has 4,900 U.S. employees working in parts distribution, while CSARL has only 65 parts workers in Switzerland.

"That tax strategy depends on the company making the case that its parts business is run out of Switzerland instead of the U.S. so it can justify sending 85 percent or more of the parts profits to Geneva," Levin said. "Well, I'm not buying it."

Lagacy said CSARL is "a major operating company with thousands of people around the world who perform strategically critical work to support our customers in non-U.S. markets."

"We grow and build near our customers worldwide, not only because it's what they demand, but because remaining globally competitive helps create jobs in the United States," Lagacy said.