This year, farmers and maltsters have been scrambling to salvage a large portion of the crop hit by heavy rains in August, especially in Montana and Idaho, the top two barley-growing states in the U.S. Growers in North Dakota and Alberta, Canada, faced similar issues. 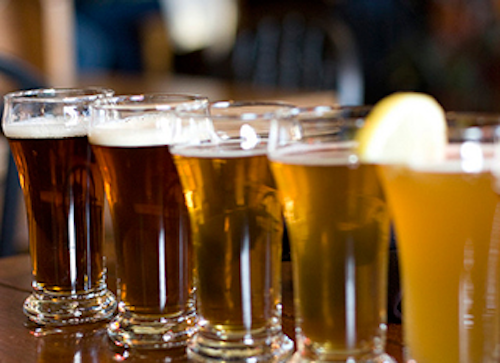 HELENA, Mont. (AP) — Problems with the 2014 malt barley crop in the western United States have resulted in the worst year for malting production in the nation, but beer drinkers likely won't have to shell out an extra couple dollars for their favorite brews.

Much of the nation's large-scale brewing is done in the Midwest, says Collin Watters of the Montana Wheat and Barley Committee, but barley growing has been pushed farther west as corn and soy have become more profitable to grow.

This year, farmers and maltsters have been scrambling to salvage a large portion of the crop hit by heavy rains in August, especially in Montana and Idaho, the top two barley-growing states in the U.S. Growers in North Dakota and Alberta, Canada, faced similar issues.

"They always see a little bit of rain at harvest but never as widespread as it was this year," Scott Heisel, vice president at the American Malting Barley Association, said. "The industry has never had to deal with this issue on this scale before."

Fields with half of Montana's crop and 85 percent of Idaho's were inundated, leading the barley to start germinating in the field, Heisel said. That's a problem, because maltsters want to control the germination under special conditions in their facilities.

When germination begins in the field, the barley kernels will die at unpredictable rates. And once it dies, it's useless for malting and brewing, according to Mark Black, manager at Malteurop North America's malting plant in Great Falls, Montana. Malteurop_with 27 sites in 14 countries— is the leading producer of malt in the world.

"We need to control that germination to get enzymes available and active for brewers," he said. "It has no value other than feed at that point."

The starch in each barley kernel is key, as it's turned to sugar in the brewing process, head brewer Sean Tobin with Helena-based Lewis and Clark Brewing Company explained. More malt is needed to produce beers with higher alcohol content, such as bocks and hefeweizens, he added.

"A lot of people think darker beers are heavier and have more alcohol in them but it's not really true," he said.

Nearly 120 million bushels of malt barley was used in 2014 for malting and brewing in the U.S., Heisel said. He added it's too soon to tell how much of the crop will end up as feed because maltsters and farmers are still in the midst of trying to use it.

To that end, Black said his company and others have been storing unaffected barley and rushing to process as much of the germinating crop as possible.

"Every day we can keep using it is better for the industry," Black said. "I hope we can continue to utilize it throughout next year, but it could all die tomorrow."

MillerCoors Brewing has worked diligently to use as much of the crop as they could and made up the difference by purchasing barley from growers in other parts of the world, materials manager Wade Malchow said. That has allowed them to meet production schedules and keep prices steady, he said.

"We don't foresee any impacts on our pricing structures for our barley growers or MillerCoors because of these historically challenging weather conditions," he said.

Small-scale craft brewers seem not to be worried, either, if Tobin is any indication. Tobin said he's stayed in close contact with his sales representatives at Malteurop, but said so far that the tight crop hasn't negatively affected his beer prices or ability to make beer.

"It is something to worry about but every year there's potentially something," he said. "We've had bad malt years and bad hops years and breweries just have to get in a protective mode and do things like contract with suppliers guaranteeing a certain amount at a certain price."

Despite the 2014 crop, Watters said that the industry "has been able to make it work."