The northwest corner of Otsego Township is zoned for agriculture, and an egg producer hopes to bring half a million laying hens to produce organic eggs there. The proposed $8.2 million project has raised interest but also concerns among neighbors of the proposed facility. 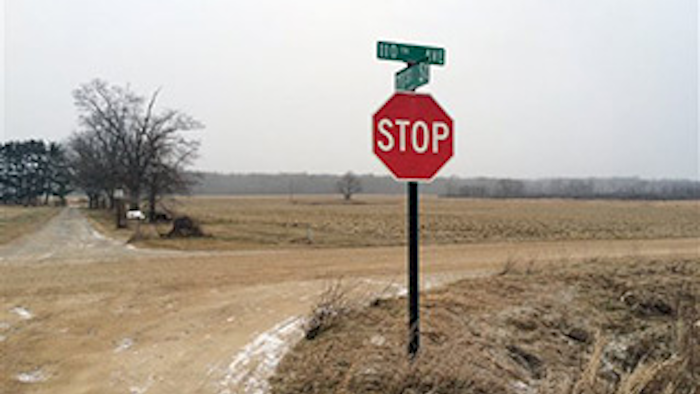 OTSEGO TOWNSHIP, Mich. (AP) — The northwest corner of Otsego Township is zoned for agriculture, and an egg producer hopes to bring half a million laying hens to produce organic eggs there.

The proposed $8.2 million project has raised interest but also concerns among neighbors of the facility planned for northwest of the city of Otsego.

The issue is next due before the Otsego Township Planning Commission in February, chairman Andy Webb told the Kalamazoo Gazette.

Webb said that Konos Inc., a distributor of Vande Bunte Eggs in Martin Township, applied for a special exception use and site plan approval in November, but the company has been asked to supply more information before the commission makes a recommendation.

People who have moved to the country for peace and quiet and clean air crowded the township hall at the commission's Dec. 15 meeting to express their concerns about the impact a large animal facility might have on that serenity, he said. The largely rural area has three or four homes north of the proposed farm.

No action will be taken until after the planning commission's Feb. 2 meeting. The company has been asked to supply more information before that time, Webb said.

Konos Vice President of Operations Rob Knecht has filed documents posted on the Otsego Township website that show the intensive livestock operation would house 480,000 laying hens in four two-story, cage-free laying barns equipped with screened-in covered porches. The hens would roam free in their own levels of the barn.

In addition, 120,000 pullets — young chickens — will be housed in two pullet barns about a quarter-mile west of the laying barns, each measuring 40 feet by 350 feet, with concrete floors. Pullet flocks would be rotated into the laying barn every 16 weeks, at which time manure and bedding would be trucked away and the barns cleaned for another incoming flock, according to the application.

Finally, an egg-processing facility measuring 200 feet by 350 feet would house the operation to sort, clean and package the organic eggs.

No manure will be stored at the site, nor applied to land there. It will all be trucked off site, according to the application.

Webb said he has reached out to Martin Township officials to learn more about their experience with Konos, a family-owned operation now in its third generation. He has not learned of any serious complaints about the Martin Township operation, he said.

"That's a good testament," Knecht said. "We've been in Martin since the 1970s, and Martin Township said we are a good neighbor.

"We produce about 125,000 dozen eggs a day there. The reason for (expanding into) organic is all customer-driven," Knecht said. "We've always striven to be as progressive as we can, we were one of the first in 2009 to put in California-compliant equipment. We want to be a company that produces the kind of product people want to eat."

The total area proposed for the new organic operation is approximately 278 acres; the company has options to purchase the five parcels, upon approval of the special exception use.

The company is expected to present the revision at the Planning Commission's meeting at 7 p.m. Feb. 2.

The company has applied to the Michigan Department of Agriculture and Rural Development for certification that it conforms with Generally Accepted Agriculture and Management Practices for a Category 1 livestock facility site and to the Michigan Department of Environmental Quality to ensure any waste water discharged will not pollute and surface waters.

Schnable Creek is about a half-mile northwest of the proposed laying barns.

Knecht said once the state approves the plan, construction can begin, perhaps as early as this spring, with the site completed within another six to 12 months.

Webb said the farm appears to be in accordance with the Otsego Township Master Plan, which was last updated in 2008.