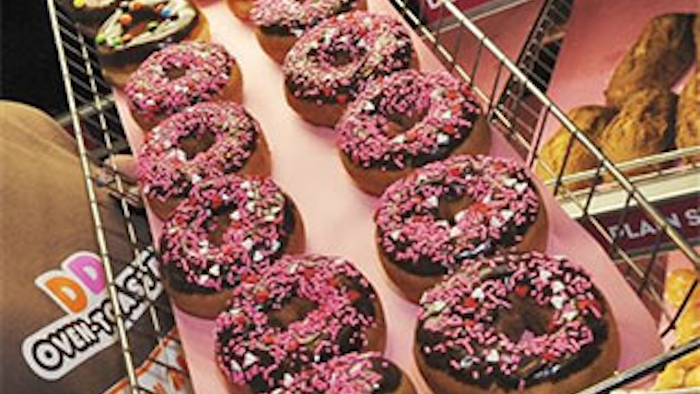 NEW YORK (AP) — Dunkin' Donuts said Wednesday it struck a deal to open more than 1,400 locations in China over the next 20 years.

The chain said in an email there are currently 16 Dunkin' Donuts locations in the country.

Parent company Dunkin' Brands Group Inc., which is based in Canton, Massachusetts and also owns Baskin Robbins, said it entered into a master franchise agreement with Golden Cup Pte. Ltd. The group is a joint venture between Jollibee Worldwide Pte Ltd., based in the Philippines, and Jasmine Asset Holding Ltd, a unit of RRJ Capital Master Fund II, L.P.

The deal was noted Wednesday by Janney analyst Mark Kalinowski, who cited a report about it in the Nikkei Asian Review. Kalinowski said the agreement could lead to "a very nice international growth platform" for Dunkin' Donuts if successful. He noted that Jollibee is a "premier restaurant operator" and the largest quick-service concept in the Philippines.

A year ago, Dunkin' Donuts also announced a separate agreement with Fast Gourmet Group to develop more than 100 stores in eastern China. And on Monday, the chain said it signed a franchise agreement to open more than 100 locations throughout Mexico.

Dunkin' Donuts ended the most recent quarter with about 3,200 international locations. In the U.S., it had about 8,000 locations, giving it more than 11,100 locations. The chain has been expanding domestically as well, and recently opened its first traditional location in Southern California.

Starbucks Corp. had more than 19,700 locations around the world at the end of its most recent quarter.