Tyson Foods to Pay $539K For Spill in Southwest Missouri 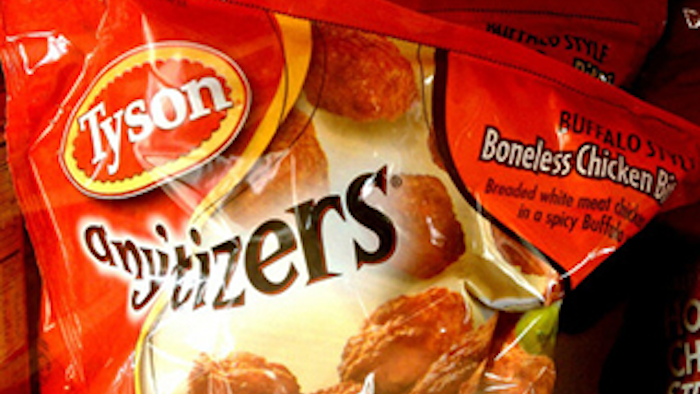 Koster sued the company last June after the discharge caused Monett's wastewater system to fail and contaminated nearby Clear Creek in Barry County.

The discharge containing Alimet, a highly acidic animal-feed supplement, was discharged from Tyson's Aurora facility, eventually flowing through Monett's system and into the creek. The compound killed the bacteria that process wastewater effluent in Monett's plant, causing almost undiluted ammonia to flow into the creek.

"Tyson's actions threatened the vitality of Clear Creek," Koster said in a statement. "While Tyson has taken steps to prevent similar environmental damage to the creek in the future, the penalties contained in this agreement hold the company accountable for the damage that occurred."

Tyson officials said in a statement that the Arkansas-based company "deeply" regrets the spill and has worked hard with state and other authorities to solve any problems.

"Tyson Foods' core values include serving as stewards of the environment — in Missouri and every community where we operate — and we take that obligation seriously," the statement said.

Tyson will be required to donate $10,000 to the James River Basin Partnership, which works to improve waterways in seven southwest Missouri counties, and pay to replace a bridge over Clear Creek. If the cost of the bridge replacement is less than $210,000, it will donate the rest to the partnership.

Other terms of the settlement require Tyson to prepare a hazardous waste manifest before transporting any such thing in Missouri and be subject to state inspections at the Monett and Aurora facilities at any time.

Koster noted the company has already implemented new practices to prevent and respond to animal-feed releases at its corporate feed mills, including more training on waste and water discharges for employees in Monett and Aurora and a new, company-wide environmental operating procedure that focuses on feed mill chemical storage practices.