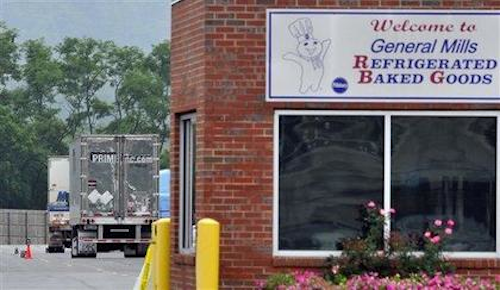 General Mills announced last week that it plans to close its refrigerated goods plant in New Albany by mid-2016, but said its decision is subject to negotiation with union officials.

The union local represents 335 workers at General Mills' New Albany plant, as well as 80 workers at a neighboring Sonoco Products plant that could also be impacted if the Pillsbury plant closes.

Miller met Friday with representatives of U.S. Sen. Joe Donnelly, D-Indiana, who contacted Miller after hearing of the planned closure of the plant, which opened in 1959 and is Floyd County's fifth-largest manufacturing employer.

General Mills' plant-closing decision is pending negotiations with the union and is a stipulation of its four-year contract with the company. That contract, signed last April, requires General Mills to give the union the opportunity to bargain for keeping some local operations.

If the closure decision becomes final, General Mills expects the plant to close in mid-2016.

New Albany's City Council voted Thursday to form a joint committee with Mayor Jeff Gahan's administration to lead discussions about the future of the plant.

"The goal here is just to keep the discussion going," Gahan told the News and Tribune.

Miller said hourly workers at both the Pillsbury and Sonoco Product plants earn $26-$27 an hour, with increases for second and third shifts. Workers can make up to $100,000 annually with overtime, in addition to benefits that are rare at other workplaces.

"We have people that have seven family members that work there, and it's just devastating to them," said Jim Tyler, who's worked at the Pillsbury plant for 32 years.