Whether consumers choose to follow the recommendations or not, the new guidelines will more than likely affect nutritional patterns throughout the country. From school lunches to labels on food products, the Dietary Guidelines are sure to pose an impact in American lives. 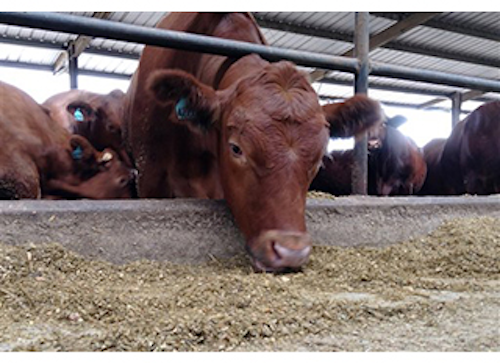 With the New Year comes fresh hopes, big dreams and new resolutions. But in 2015, the U.S. will also see a new edition of the Dietary Guidelines for Americans.

The U.S. Department of Agriculture’s report is updated every five years and serves the purpose of providing information to consumers on food intake, physical activity and how to reduce the risk of various chronic diseases.

The Dietary Guidelines will offer some change this year, as an advisory panel is in the process of pushing to include an environmental agenda.

Bridget Bergin of Manufacturing.net recently wrote on new inclusion in her blog, “Should the 2015 USDA Dietary Guidelines Include An Environmental Agenda.” She noted that the final advisory meeting was held on Dec. 15, 2014 and the period for public comments officially closed on Dec. 30. The next step will be for the Report of the 2015 Dietary Guidelines to be submitted to the Secretaries of the Department of Health and Human Services and the Department of Agriculture.

Whether consumers choose to follow the recommendations or not, the new guidelines will more than likely affect nutritional patterns throughout the country. From school lunches to labels on food products, the Dietary Guidelines are sure to pose an impact in American lives.

In a recent article by the Associated Press, Mary Clare Jalonick notes five things to be on the lookout for as the government begins writing the new guidelines. To summarize:

The latest guidelines of 2010 recommended reducing calorie intake from added sugars. The key word here is added. Of course fruit is loaded with natural sugars, but this report is talking about those that are added during processing. While natural sugars and added sugars are treated the same by the human body, added sugars are loaded with empty calories that loads consumers up with empty calories — providing the body with absolutely no nutritional benefit.

In the 2015 Dietary Guidelines, however, the committee is suggesting specific limits on added sugars for the first time. The advisory board is recommending that only 10 percent of calorie intake comes from added sugars. According to the Center for Science in the Public Interest, for a person eating a normal diet, that breaks down to approximately 50 grams, or 12 teaspoons, of sugar a day.

To put those numbers into perspective, an average American today consumes around 16 percent of their total calories from added sugars — most of it coming from sugary beverages like sodas.

In the AP article, Jalonick explains that lowering the amount of salt in the diet is important in keeping the heart healthy. In the 2010 guidelines, the USDA recommended reducing sodium intake to less than 2,300 milligrams a day (and only 1,500 milligrams for those aged 51 and older, African-Americans, or those with diabetes, hypertension or chronic kidney disease.)

Thus far, the 2015 guidelines are looking to be of similar recommendation. A report by the Institute of Medicine said that lowering sodium intake is indeed important for overall health, but there truly isn’t any evidence that eating less than 2,300 milligrams a day offers any benefits.

On average, Americans eat around 3,400 milligrams of salt a day.

The 2010 guidelines told consumers that eating a variety of meat protein, including lean meats like chicken and fish, would provide the most health benefits. But the beef industry expressed some concerns that the committee’s guidelines encourage consumers to stay away from red meat by replacing it with the lean meats.

A draft of the new guidelines was discussed at the Dec. 15 meeting where the panel said a healthy dietary pattern would include eating fewer red and processed meats.

After that meeting, the National Cattlemen’s Beef Association crafted a statement calling out the committee as being biased and the draft meat recommendations as “absurd.” Richard Thrope, a doctor and cattle producer, said lean beef cuts play a heavy role in a healthy diet.

While the 2010 guidelines did not address caffeine use, the committee indicated its potential to propose guidelines on it, especially for pregnant women.

The board said it supports the advice of medical professionals that pregnant women should limit their caffeine intake to less than 200 milligrams a day, or 2 cups of coffee.

Most notably, this guideline would be the biggest change to the Dietary Guidelines. Throughout the past year, the panel has discussed including sustainability as a dietary goal. The committee says sustainability is an issue in terms of ensuring a plentiful food supply for the future generations, and also what foods are the healthiest.

If the guidelines address environmental sustainability, the meat industry could experience another blow. A diet high in plant-based foods is the obvious choice if we are talking about sustainability.

The panel said a diet lower in animal-based protein is “more health promoting and is associated with lesser environmental impact than is the current average U.S. diet.”