Eating walnuts may improve performance on cognitive function tests, including those for memory, concentration and information processing speed according to new research from the David Geffen School of Medicine at The University of California, Los Angeles. 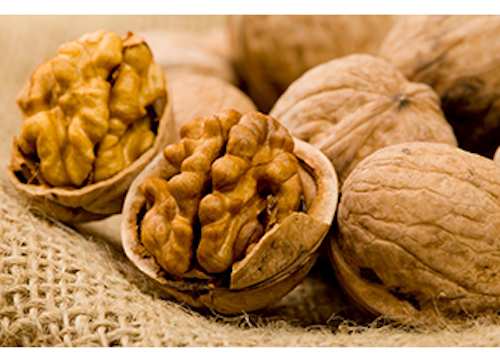 FOLSOM, Calif. (PRNewswire) — Eating walnuts may improve performance on cognitive function tests, including those for memory, concentration and information processing speed according to new research from the David Geffen School of Medicine at The University of California, Los Angeles, led by Dr. Lenore Arab. Cognitive function was consistently greater in adult participants that consumed walnuts, regardless of age, gender or ethnicity.

This cross-sectional study is the first large representative analysis of walnut intake and cognitive function, and the only study to include all available cognitive data across multiple National Health and Nutrition Examination (NHANES) surveys. The NHANES surveys draw from a large sampling of the U.S. population, typically ages 1 to 90 years old. In this study, participants included adults ages 20-59 as well as 60 and over. Dr. Arab and co-researcher Dr. Alfonso Ang found that study participants with higher walnut consumption performed significantly better on a series of six cognitive tests.

Dr. Arab noted, "It is exciting to see the strength of the evidence from this analysis across the U.S. population supporting the previous results of animal studies1,2,3 that have shown the neuroprotective benefit from eating walnuts; and it's a realistic amount – less than a handful per day (13 grams)." The study adds to a growing body of research surrounding walnuts' positive effect on reducing cognitive impairment and overall brain health,4 which includes the possible beneficial effects of slowing or preventing the progression of Alzheimer's disease in mouse models.5

As the baby boomer population grows older, conditions affecting memory such as Alzheimer's and dementia will become a greater concern. According to a 2012 World Health Organization article, the estimated number of new cases of dementia each year worldwide is nearly 7.7 million, and the number of people living with dementia worldwide is estimated at 35.6 million. This number is predicted to double by 2030 and more than triple by 2050.6

There are numerous possible active ingredients in walnuts that may be contributing factors in protecting cognitive functions. This includes the high antioxidant content of walnuts (3.7 mmol/ounce),7  the combination of numerous vitamins and minerals as well as the fact that they are the only nut that contain a significant source of alpha-linolenic acid (ALA) (2.5 grams per ounce), a plant-based omega-3 fatty acid with heart and brain-health benefits. 8

"It isn't every day that research results in such simple advice – eating a handful of walnuts daily as a snack, or as part of a meal, can help improve your cognitive health," said Dr. Arab.

Consumers can find recipe ideas and other tips on using walnuts by visiting the California Walnut Commission at www.walnuts.org.

An article detailing these findings, "A Cross Sectional Study of the Association between Walnut Consumption and Cognitive Function among Adult US Populations Represented in NHANES" has been published online and will appear in an upcoming print issue of the Journal of Nutrition, Health and Aging. L. Arab, A. Ang in The Journal of Nutrition, Health & Aging, 2014, 10.1007/s12603-014-0569-2. [http://link.springer.com/article/10.1007/s12603-014-0569-2].

This study was supported in part by funds from the California Walnut Commission.

The California Walnut Commission, established in 1987, is funded by mandatory assessments of the growers. The Commission is an agency of the State of California that works in concurrence with the Secretary of the California Department of Food and Agriculture (CDFA). The CWC is mainly involved in health research and export market development activities. For more industry information, health research and recipe ideas, visit www.walnuts.org.