A newly released survey showed top U.S. manufacturing executives were increasingly optimistic about the national economy heading into 2015 — and that many planned to increase their workforces this year. 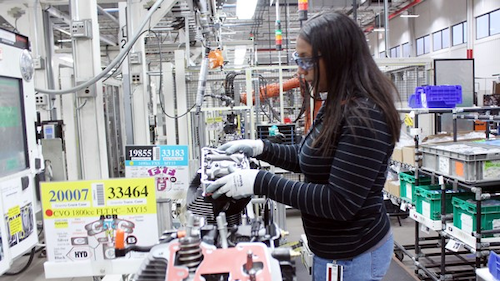 A newly released survey showed top U.S. manufacturing executives were increasingly optimistic about the national economy heading into 2015 — and that many planned to increase their workforces this year.

The latest Manufacturing Barometer from PwC — a quarterly survey of 60 senior executives at multinational manufacturers -- showed 68 percent of respondents were optimistic about the U.S. economy's prospects for the subsequent 12-month period, up from 57 percent from the previous quarter.

In addition, 60 percent of those surveyed indicated plans to add to their workforce this year, while 52 percent planned to offer new products or services and 43 percent anticipated new capital investments. All three percentages increased compared to the third quarter, as did the number that planned for operational spending and research and development spending.

"Economic sentiment has improved among U.S. manufacturers and we are seeing an upswing in their confidence levels, leading to increased plans for hiring and operational spending,” said Bobby Bono, leader of PwC’s U.S. industrial manufacturing efforts.

In addition to the projected workforce expansion, 78 percent of respondents said they planned to hire new skilled workers, while nearly two-thirds anticipated needing to fill skill gaps in their businesses in the next one to two years. Seventy-five percent identified gaps in skilled labor, while 41 percent indicated skills gaps in middle management.

In addition to potential skills gaps, executives pointed to legislative or regulatory pressures and lack of demand as the biggest obstacles to growth — though the 32 percent that identified regulatory issues was down 27 percent compared to the third quarter survey.

And despite more pessimism about the global economy, 18 percent of those surveyed said they planned to develop new facilities abroad, double the percentage from the third-quarter survey.

The Manufacturing Barometer was conducted between Sept. 19 and Dec. 22 — a period that largely coincided with a strong increase in industrial production nationwide.