Obesity is Mostly About Calories

The prevailing notion about obesity is that if we just work out harder and eat a little bit better, then perhaps the obesity trend will subside in a few years. However, the key to really making a difference is food – the number of calories we eat is the most important factor in obesity. 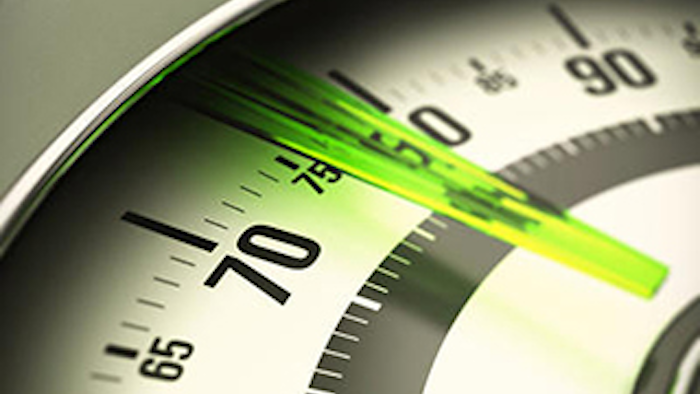 The prevailing notion about obesity is that if we just work out harder and eat a little bit better, then perhaps the obesity trend will subside in a few years. However, the key to really making a difference is food – the number of calories we eat is the most important factor in obesity. But changing the way people eat will take a very long time.

Things like individual routines, menus, food access and affordability and cultural practices all influence how we live and eat. All of these things can influence the energy imbalance gap (EIG). The EIG is essentially how many calories you consume versus how many calories you burn in a day. It controls the speed of change in body mass and is at the core of understanding obesity.

Think of the EIG like a gas pedal in a car. If you push the pedal, the gap is positive and obesity trends speed up. If you push the brake, then the gap becomes negative and we would have fewer obese people. A zero gap is like cruise control with a steady obesity prevalence. For example, an EIG of about 10 calories a day leads to weight gain of approximately one pound per year.

In a recent study, researchers, including Hazhir Rahmandad from MIT, applied system dynamics, a simulation method for understanding complex socio-technical systems, to estimate EIG trends in the US.

Measuring EIG directly is complex – even a 1 percent error in measuring daily energy intake would render the EIG values unreliable. And in typical, self-reported calorie intake logs, the main EIG direct measure applicable to large groups, have errors in excess of 10 percent. In fact few previous studies provided reliable EIG estimates for large populations. So the researchers developed a method to reverse engineer the EIG trends based on weight data, just as you can estimate acceleration rates from data on the speed of a car at different times. This method separates the contribution of EIG to population weight profile from other factors such as differential mortality rates because of obesity.

Based on weight data from National Health and Nutrition Examination Survey (NHANES) the research looked at changes in the EIG over the past four decades in representative samples of three different population groups: Non-Hispanic Whites, African-Americans and Mexican-Americans. The team found significant differences among these three population groups as well as between genders within each group.

For Non-Hispanic Whites, the largest group in the survey (and the largest population group in the US), the researchers found that the average EIG has been positive over the last four decades. That means that this group has been gaining weight consistently, a trend reflected in the current obesity epidemic. But their model shows that the gap is actually shrinking. Once the gap reaches zero, the obesity rate will have stabilized (meaning it is not growing nor shrinking) – and for this population we may be already at that point. This doesn’t mean that the problem of obesity is solved for this group, but it does mean that the problem is no longer getting worse.

We see a different story for African-Americans and Mexican-Americans. For African-Americans, the rate of obesity is growing and the EIG is still not close to zero. The average gap is positive, around 15 extra calories per day, which is a powerful engine behind continued obesity trends. The good news for African-Americans is that the energy gap has started to shrink. Based on current trends, we may expect the gap to stay positive for at least another decade before it begins to close. This means that in the future we’ll see more challenges with obesity in the African-American community, which may peak in a decade or so.

The situation for Mexican-Americans is more critical. Not only is the gap positive, at approximately 20 calories a day, it is above the estimates for any other population group. And the EIG is growing at an alarming rate. Not only this group faces a obesity epidemic today, but also the situation is getting worse at an accelerating rate. This population group needs much more attention to turn the tide of the obesity epidemic.

As for gender, the team’s most notable finding pertains to African-American females, who generally have had higher EIGs than African-American males. This means that obesity has been getting worse for females faster than for males. More recently Mexican-Americans show a similar gender gap, with higher EIG for females in the last few years. For Non-Hispanic Whites, the energy gaps are bigger for males than females, thus obesity trends are growing faster for men than women. From food and activity environment to social norms, various factors may explain these differences across population groups and more research is needed to pin down the exact contribution of each factor.

Where do we go from here?

We know obesity is an epidemic so these findings aren’t that surprising. However what is remarkable is the differences among ethnicities. There are numerous programs and policies that target obesity with varying success. Focusing on the ones that research finds cost-effective and targeting population groups most at risk would best leverage the limited available resources in controlling future obesity trend and its costs.

Courtesy of The Conversation.