Healthier Options Are No Match For the Appetite of Junk Foods, Says Study

In a new study, researchers looked at the eating habits of consumers in nearly 190 countries. The results showed that although consumers are eating more healthy foods, the appetite for junk food has shown an even bigger jump in numbers. 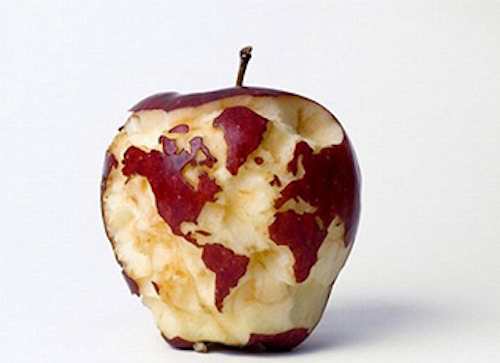 While the food market may contain more fruits, veggies and other healthy options than ever before, a new study says the world is still hungry for junk food.

The study, which was paid for by the Bill & Melinda Gates Foundation and Britain's Medical Research Council, was published in the Lancet Global Health journal as part of an ongoing obesity series.

Researchers looked at the eating habits of consumers in nearly 190 countries by analyzing more than 320 self-reported diet surveys from 1990 to 2010. The experts looked at how often the recipients reported consuming 17 common foods and drinks including fruits, vegetables, fish, salt, processed meat and sugary beverages.

The results showed that although consumers are eating more healthy foods like whole grains and fish, the appetite for junk food has shown an even bigger jump in numbers.

According the The Associated Press, some of the key findings include:

Dr. Dariush Mozaffarian, Friedman School of Nutrition at Tufts University, said that despite Westerners being among the biggest eaters of junk food, China and India are quickly catching up.