Is the FDA's GMO Safety Declaration Misleading the Nation?

The FDA's declaration that the genetically engineered non-browning apple and potato "are as safe and nutritious as their conventional counterparts" is the second time they have officially declared a GMO safe; but it turns out that it's not really their official position at all and it is misleading consumers. 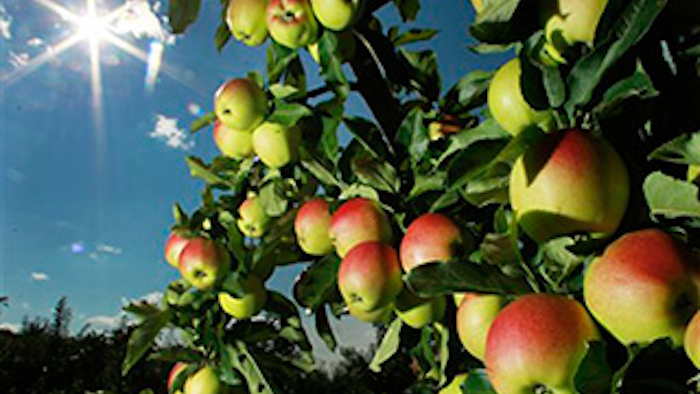 LOS ANGELES (PRNewswire-USNewswire) —The FDA's declaration on March 20th that the genetically engineered non-browning apple and potato "are as safe and nutritious as their conventional counterparts" is only the second time they have "officially" declared a GMO safe; but it turns out that it's not really their official position at all and it misleads the public about their safety review process. Although the two genetically modified organisms did undergo the agency's voluntary consultation, that process is not even designed to provide a scientific determination of safety or official government approval of GMOs.

"Based on the FDA's longstanding GMO policy since 1992," says Jeffrey M. Smith, Executive Director of the Institute for Responsible Technology, "it is the companies themselves who are fully responsible to determine that their GMOs are safe." This is spelled out in the official letters the FDA issues to all GMO producers, including the Okanagan Specialty Fruit company for their apple and to J. R. Simplot for their potato. The letters state unequivocally that the FDA simply recognizes that the companies themselves have concluded their GMOs are safe.

"As with all the other GMO foods on the market," says Steven Druker, author of the new bestselling exposé on GMOs, Altered Genes, Twisted Truth, "the FDA has not performed a genuine scientific assessment that's competent to certify safety – and the manufacturers have not done so either. The voluntary consultation process is mere window dressing designed to create the illusion that such assessments are occurring."

The FDA's press release gives the false impression that the agency used a competent, scientific protocol for its safety review. According to Smith, "Companies can submit whatever data or summaries they want; there are no standards for testing; no requirements for modern analyses; and no adherence to recommendations made by international bodies or scientific organizations." He adds, "Since companies never actually provide raw data from feeding studies, the FDA is not in a position to verify the producers' safety claims."

For food additives, on the other hand, the agency has a complete testing protocol in place to make the determination that there is a "reasonable certainty" the product will not be harmful. But the agency policy does not require GMOs to undergo a food additive evaluation. In fact, the agency does not require GMOs to undergo any safety studies whatsoever and does not require any labeling. According to Druker, who is a public interest attorney, "This lax policy is blatantly illegal." In his book, he describes in detail how it violates the stringent requirements of the US Food, Drug, and Cosmetic Act.

The purported justification for not requiring safety tests was advanced in the 1992 policy, which claimed, "The Agency has no information showing that [GMOs] . . . differ from other foods in any meaningful or uniform way." When FDA was sued by The Alliance for Bio-Integrity in 1998, however, the agency was forced to turn over 44,000 internal documents on GMOs, exposing the fiction. According to Druker, who initiated the lawsuit as the Alliance's Executive Director, "The documents demonstrated that the overwhelming consensus of the FDA's own scientists was the exact opposite of the statement in the policy." Druker says, "In memo after memo, the scientists cautioned that GMOs not only pose different risks than do conventional foods, but that each must be carefully tested in order to protect the public from potential unexpected toxins, allergens, and other harmful substances."

The memos also revealed that the White House was pressuring the Agency to give GMOs easy access to the market, pursuant to a long-standing policy to promote biotechnology. Soon after, the FDA hired Michael Taylor, the former attorney for GMO giant Monsanto, to be in charge of FDA policy. "As the Deputy Commissioner for Policy," says Smith, "Taylor was in charge of FDA's GMO policy when it decided to ignore its own scientists' warnings. He later became Monsanto's Vice President for Government Affairs, and is now back at the FDA as the 'US Food Czar.'"

The non-browning apple and potato both employ a relatively new technology in which the genes inserted into the crops produces a double stranded RNA (dsRNA) molecule.  The sequence in the RNA enables it to silence the gene that causes browning when the apple or potato is sliced. The apple will look fresh for 15-18 days, and the potato will similarly dry out before it ever discolors to reveal its age.

Numerous scientists are concerned that if we consume dsRNA in GMOs such as the apple and potato, they might inadvertently silence or alter our genes as well. Studies on bees, mice, and other species have verified this danger. According to a seminal 2013 paper published in Environment International, safety assessments must find out if the dsRNA produced in the genetically engineered food causes an effect on humans, preferably using human cell assays, animal tests and possibly "clinical trials on human volunteers." Unfortunately, there is no indication that the dsRNA used in the apples and potatoes have gone through any of these tests.

In addition, the very process of inserting the new gene into apple and potato cells and then cloning them into GMO plants can cause massive collateral damage in their genomes. This same process produced new or higher levels of allergens and toxins in other GMOs, but again, there's no indication that these potential side effects were ever evaluated either.

Smith, whose Institute provides the free Non-GMO Shopping Guide, urges consumers to avoid the new apples and potatoes, when they are expected to be released in about two years. He offers a petition for consumers to sign, asking food vendors to similarly avoid them.

The Institute for Responsible Technology is a non-profit organization that researches and reports news and information about the health risks of genetically engineered food.

To read the full text of this release and petition visit, and more detail about double strand RNA www.responsibletechnology.org