Regardless of which team you were cheering for during the Super Bowl, chances are you probably had a beer in your hand. Many beer drinkers were offended by Budweiser's "Brewed the Hard Way" commercial because of its slap to the craft brew industry. 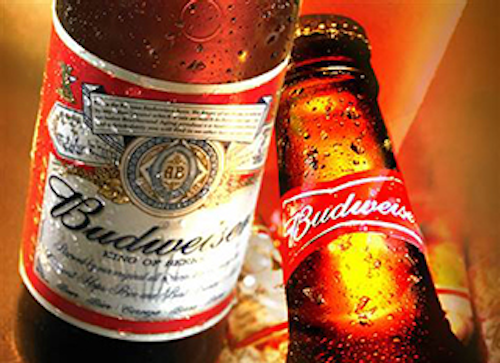 Regardless of which team you were cheering for during Sunday's Super Bowl, chances are you probably had a beer in your hand.

In a world where craft brews are more prevelant than ever, it's no wonder many beer drinkers were offended by Budweiser's "Brewed the Hard Way" commercial.

The advertisement shows text saying that Budweiser isn't brewed to be "fussed over" or "dissected." It then went on to say, "Let them sip their pumpkin peach ale, we'll be brewing up some golden suds."

The commercial declares Budweiser as a proud macro beer.

So, what's the problem?

According to a recent news article by KOIN, many local beer fans are up in arms, claiming the largest brewer in the world to be mocking some of the smallest.

Andi Prewitt, of the Oregon Beer Growler, told KOIN 6 News that the ad is causing a lot of controversy.

"It's creating this idea of this elite, snobby, over-the-top hipster, which is then easy to distance yourself from," Prewitt said.

But it's not just Oregonians who seem to be angered by the commercial. Plenty of Pennsylvanians, among many other micro-brewers and drinkers across the nation, are finding offense in the advertisement.

ABC 27 reports Dan LaBert, executive director of Brewers of Pennsylvania, saying that Anheuser-Busch — the maker of Budweiser — is "showing their ignorance to the market they can't capture."

Barlow Brewing even tweeted on Twitter: Budweiser is making fun of pumpkin peach beer. You know who made a pumpkin peach amber? Elysian.

Here's a look at the full advertisement, in case you want to view it yourself:

So, beer drinkers, what do you think? Was the commercial a slap in the face to craft brewers and drinkers alike, or are consumers taking it too far? Sound off in the comment section below, as I'd love to hear your thoughts on the matter.