Apple said Monday it will invest $2 billion over 10 years to open a data center in the Phoenix suburb of Mesa that will be the company's fifth in the U.S. and serve as a control facility for its global networks. 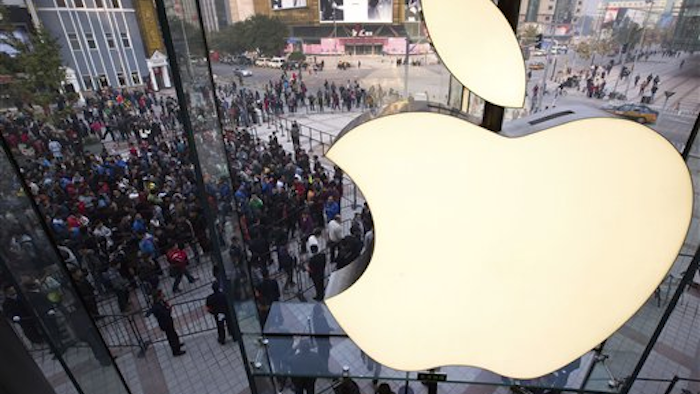 PHOENIX (AP) — Apple said Monday it will invest $2 billion over 10 years to open a data center in the Phoenix suburb of Mesa that will be the company's fifth in the U.S. and serve as a control facility for its global networks.

The announcement comes four months after an earlier Apple plan for the 1.3 million-square-foot facility it bought in 2013 failed. The tech giant had a deal with Merrimack, New Hampshire-based GT Advanced to use the plant to make sapphire glass for its products, but the company declared bankruptcy in October after production issues developed. GT openly accused Apple of using a "classic bait-and-switch strategy" with a deal that he called "massively one-sided."

Apple lawyers accused GT of making false statements about the deal, among other allegations.

After the GT failure, Apple said it would work to find another use for the plant. It also has been working to help more than 600 GT employees who lost their jobs.

"This multi-billion dollar project is one of the largest investments we've ever made, and when completed it will add over 600 engineering and construction jobs to the more than one million jobs Apple has already created in the U.S.," Apple said in a statement. "Like all Apple data centers, it will be powered by 100 percent renewable energy, much of which will come from a new local solar farm."

An Apple spokesman said construction on the new data center should start late next year, if not earlier. GT is storing advanced furnaces it planned to use in its Apple venture at the plant while the furnaces are being liquidated, delaying the immediate use of the plant.

Apple company expects 150 permanent workers at the site, in addition to construction crews and contractors.

Apple also has committed to building and financing 70 megawatts of new solar power generation, enough to power more than 14,500 homes.

Republican Gov. Doug Ducey, who took office last month, said the quick work to seal the deal with Apple showed that Arizona is the best state in the country to work and do business and works quickly to makes deals happen.

"Apple is exactly the kind of high-tech innovative company we want in the state of Arizona and we showed them that Arizona is the place to be," Ducey said.

He declined to say what additional incentives Apple was offered beyond a large package offered by previous Gov. Jan Brewer in 2013 and a $5 million tax credit for building solar generation the Legislature passed last year.

Ducey was joined at a press conference announcing the deal by Republican House and Senate leaders, who touted the agreement.

Minority Democrats who watched the press conference said they worried that Ducey's proposed cuts to schools, universities and the state commerce authority's incentive funds may hamper efforts to attract business.

"Economic development isn't just having a low-tax climate," said Sen. Steve Farley, D-Tucson. "Economic development means you have the people who are trained properly to actually be able to do the jobs that you're encouraging companies to come here and take advantage of."

GT's October bankruptcy and ensuing effort to shut down the factory marked a surprising turn after state, local and business leaders previously bragged that the plant would be a major boost to the Arizona economy.

Then-Gov. Brewer had hailed Apple's decision to open the plant in Mesa in November 2013, calling it a sign that the Arizona's efforts to provide a pro-business climate were paying off. The state has cut business taxes and created several incentives designed to lure new manufacturing businesses in the past several years.

Apple's data centers provide the computer muscle for the company's iCloud, ITunes, Siri and other products.