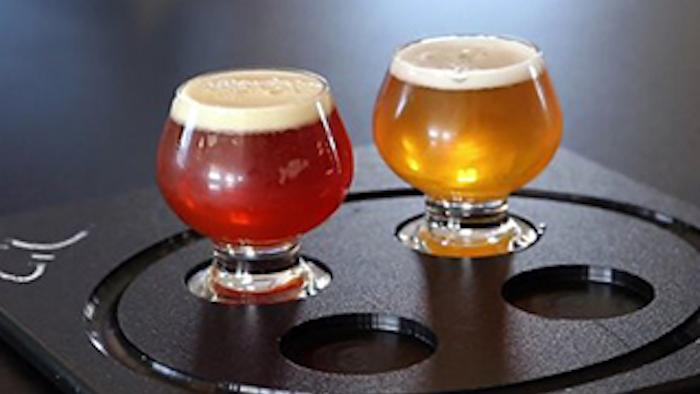 PORTLAND, Maine (AP) — In a nondescript industrial park, beer geeks line up several times a week outside Bissell Brothers to get the latest batch of fresh beer — much like foodies seeking the freshest baguettes, pomegranates or kale.

Jeremy Ritz didn't get the beer he wanted on a recent day because it was sold out. So he decided to buy some rye ale instead.

"To me it's huge that I get talk to the guy who's brewing my beer," the middle school teacher said. "I love that."

Bissell Brothers intends to make 3,200 barrels of beer this year. That's tiny compared to the big craft breweries, which are stretching the meaning of "craft" under Brewers Association guidelines that allow them to retain the claim at up to 6 million barrels.

While Boston Beer Co., Sierra Nevada Brewing Co. and other large craft brewers continue to gain market share, the number of small breweries including "nanobreweries" at the other end of the spectrum is exploding, providing adventurous offerings to a new generation of beer drinkers who increasingly place a premium on locally produced beer.

"The craft beer revolution that is taking place right now is in large part of consumer's desire to be connected with the things they're eating, the things they're drinking, the things they're wearing," said Dan Kleban from Maine Beer Co. in Freeport, which has grown over six years from a one-barrel nanobrewery to producing more than 9,000 barrels this year. "Customers are willing to pay a premium to have that kind of connection."

The modern craft brewery movement started on the West Coast in the 1970s. New England became the epicenter of the second wave, led by Boston Beer Co., maker of Samuel Adams, and Harpoon Brewing Co. Along the way, the amber lagers, brown ales and dark stouts have transformed from a novelty to a big business as a new generation became accustomed to sampling different styles of beer.

These days, Western brewers like Sierra Nevada, New Belgium and Greenflash are opening breweries closer to East Coast customers, and communities are competing with tax incentives to lure the businesses. Colleges are offering programs geared toward beermaking entrepreneurs.

Last year, 615 new breweries opened across the United States, bringing the total number, including the largest and the smallest, to 3,418, according to Brewers Association, the Colorado-based trade group representing craft brewers. That's a level approaching the peak of 4,131 breweries in 1873, an era when lack of refrigeration and slow transportation necessitated local production of suds.

These days, craft brewers make about one in nine beers consumed in the U.S.; the industry has an aggressive goal of doubling that within five years, Brewers Association said.

"This is not a fad. This is slow, steady, stable growth," said Julia Herz, craft program director at the Brewers Association.

"The bigger the ship, the harder it is to turn. You have to be small enough to remain fluid to adapt to change in the industry," said Bissell, whose brewery is growing but remains "always fresh, always local."

These days, there are more than 60 breweries in Maine, a state with a population of just 1.3 million. And yet most of those breweries are thriving.

Kleban, who started Maine Beer Co. with his brother, said the beer industry is returning to its local roots, with customers who want to know what they're putting in their bodies. Part of the challenge, he said, is to keep local brewies happy while resisting the urge to grow too fast to meet demand.

Anheuser Busch acknowledged the growth of microbrews by declaring itself a "macro brew" in a Super Bowl TV ad.

"The big guys are scared of the little guys," said Amy Fowler of Dartmouth, Massachusetts, while buying some Bissell Brothers to take on a trip to Belgium. "They're recognizing that there's a threat."