A Swiss agricultural institute discovered that tiny specks of hay are responsible for the famous holes in cheeses like Emmentaler or Appenzeller. 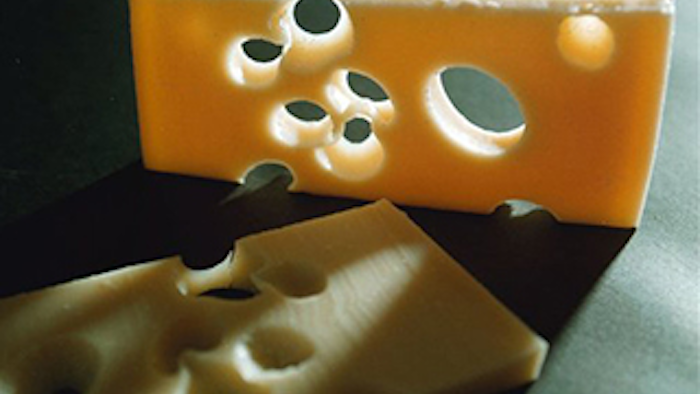 BERLIN (AP) — The mystery of Swiss cheese and its disappearing holes has been solved: The milk's too clean.

A Swiss agricultural institute discovered that tiny specks of hay are responsible for the famous holes in cheeses like Emmentaler or Appenzeller. As milk matures into cheese these "microscopically small hay particles" help create the holes in the traditional Swiss cheese varieties.

The government-funded Agroscope institute said in a statement Thursday that the transition from age-old milking methods in barns to fully-automated, industrial milking systems had caused holes to decline during the last 15 years.

In a series of tests, scientists added different amounts of hay dust to the milk and discovered it allowed them to regulate the number of holes.