An Anheuser-Busch plant in northwest Georgia has started canning water instead of beer to help flood victims in Texas and Oklahoma. 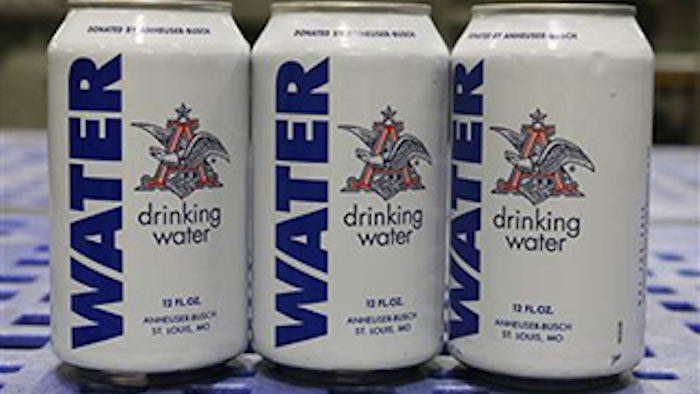 CARTERSVILLE, Ga. (AP) — An Anheuser-Busch plant in northwest Georgia has started canning water instead of beer to help flood victims in Texas and Oklahoma.

Multiple media outlets report the Cartersville plant halted its beer production to produce 50,000 cans of water to distribute to the flooded areas by this weekend.

Cartersville brewery manager Rob Haas told NBC News the brewery has participated in similar initiatives in the past, including during the Northeast's recovery from Superstorm Sandy.

The brewery even has a special white can that it uses for the water.