The FDA is setting a new limit on the level of arsenic allowed in apple juice, after more than a year of public pressure from consumer groups worried about the contaminant's effects on children. Nationwide, apple juice is second only to orange juice in popularity, according to industry groups. 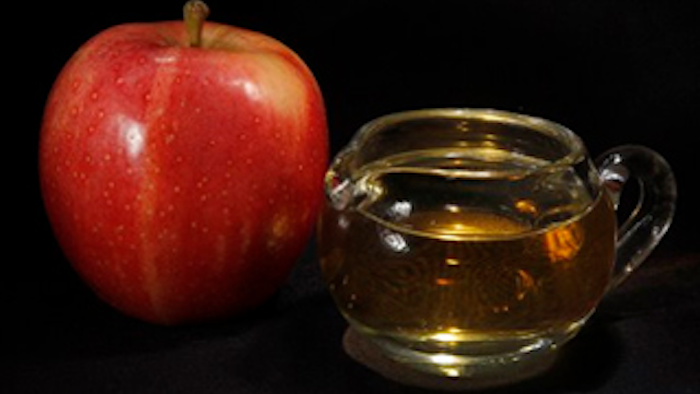 WASHINGTON (AP) — Parents who have been fretting over the low levels of arsenic found in apple juice can feel better about buying one of their kids' favorite drinks.

The Food and Drug Administration is setting a new limit on the level of arsenic allowed in apple juice, after more than a year of public pressure from consumer groups worried about the contaminant's effects on children. Nationwide, apple juice is second only to orange juice in popularity, according to industry groups.

Studies have shown that the juice contains very low levels of arsenic, a cancer-causing agent found in everything from water to soil to pesticides. The FDA has monitored arsenic in apple juice for decades and has long said the levels are not dangerous to consumers, in particular small children who favor fruit juice.

But now the agency is putting in place a strict standard on how much arsenic is acceptable in apple juice, limiting the amount to the same level currently permitted in drinking water.

Under the new regulation, apple juice containing more than 10 parts per billion could be removed from the market and companies could face legal action. Agency officials stressed that the vast majority of juices on the market are already below the threshold.

"Overall the supply of apple juice is very safe and does not represent a threat to public health," said FDA Commissioner Dr. Margaret Hamburg, in an interview with The Associated Press. "We decided to put forward this proposed action level to give guidance to industry and to assure ongoing safety and quality."

An FDA analysis of dozens of apple juice samples last year found that 95 percent were below the new level.

The standard specifically targets inorganic arsenic — the type found in pesticides — which can be toxic and may pose a cancer risk if consumed at high levels or over a long period. Organic arsenic occurs naturally in dirt and soil and passes through the body quickly without causing harm, according to the FDA.

In 2008 FDA regulators set a "level of concern" for arsenic at 23 parts per billion in apple juice. The agency has the authority to seize juice that exceeds that level.

But agency officials played down the significance of the older figure this week, calling it a "back of the envelope" calculation that was used to assess one juice shipment detained at the border.

"It was not a full blown, science-based number," said Michael Taylor, FDA's deputy commissioner for foods.

The FDA's new number is based on lifetime exposure to arsenic and the potential for long-term cancer risk. Taylor says the number reflects a very cautious approach, since it's unclear how much arsenic exposure can trigger the disease.

"There isn't a known threshold for the carcinogenic effect, so we assume the possibility of effects all the way down to the lowest dose," Taylor said.

The agency will take comments on the draft regulation for 60 days before making it binding.

Consumers Union, publisher of Consumer Reports, last year called for a limit as low as 3 parts per billion. While the FDA didn't go that far, the group still praised the agency for taking action.

"While we had proposed a lower limit, we think this is a perfectly good first step to bring apple juice in line with the current drinking water limits," said Urvashi Rangan, the group's director for consumer safety.

While the Environmental Protection Agency sets arsenic limits for drinking water, there have never been similar standards for most foods and beverages. The FDA is also considering new limits on arsenic in rice, which is thought to have higher levels than most foods because it is grown in water on the ground, optimal conditions for absorbing the contaminant.

"We don't have standards like this in most foods, so it's an important precedent," Rangan said.

Environmental groups like Food and Water Watch have also lobbied the FDA on the issue. And television's Dr. Mehmet Oz made arsenic a national issue in 2011 when he raised an alarm — some say a false alarm — over apple juice, based on tests his show commissioned by a private lab.

All of the experts — including the government and the consumer advocates — agree that drinking small amounts of apple juice isn't harmful. The concern involves the effects of drinking large amounts of juice over long periods of time.

The American Academy of Pediatrics said Friday children should be encouraged to eat whole fruit adding, "it is not necessary to offer children any juice to have a well-balanced, healthy diet."