France, the land of wine, is planning heavy taxes on beer, and that is not going down well with brewers — even in other nations. President Francois Hollande is pushing through legislation to increase taxes on beer by 160 percent to help fund struggling social programs as France tries to contain a budget deficit hit hard by the economic crisis. 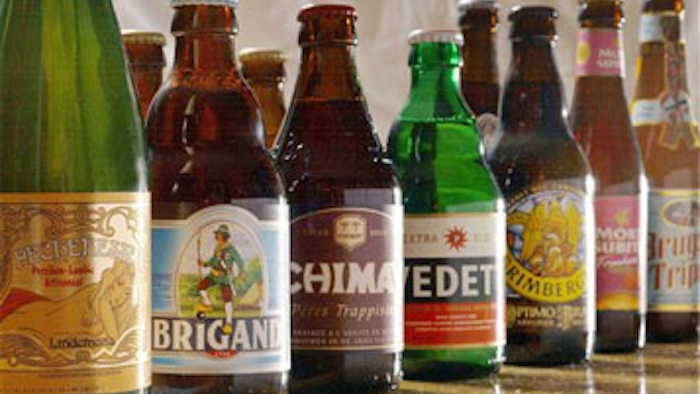 BRUSSELS (AP) — France, the land of wine, is planning heavy taxes on beer, and that is not going down well with brewers — even in other nations.

President Francois Hollande is pushing through legislation to increase taxes on beer by 160 percent to help fund struggling social programs as France tries to contain a budget deficit hit hard by the economic crisis.

The tax would affect local brews and the 30 percent of imported beer the French drink.

The change means the price of a beer will increase by about 20 percent in bars and supermarkets, said Jacqueline Lariven, spokeswoman for the French brewer's federation Brasseurs de France.

The Brewers of Europe trade group called the measure a "kick in the teeth" on Tuesday, especially since brewers have seen beer production plummet by 6 percent and consumption by 8 percent in the EU since the region's economic crisis began in 2008.

Outside France, Belgium and Germany would be worst affected once the new legislation kicks in, said Pierre-Olivier Bergeron, head of the Brewers of Europe.

"This measure will affect all brewers, including small entrepreneurs," Bergeron said in a telephone interview with The Associated Press. "This is a very shortsighted approach by penalizing one sector."

France, like most other European Union nations, is doing all it can to keep its budget on an even keel, and Hollande has been using taxation to raise income. His government said it hopes to raise some €480 million from the increase in beer taxation to boost social benefits such as medical insurance and elderly care.

"Immediately, it obviously becomes a very big issue for the brewing sector," Bergeron said, and the sector fears some of the 26 other EU nations might do the same.

That could seriously hit the microbreweries and old traditional brewers which had been making headway among discerning European drinkers centering more on quality than quantity.

The local industry is centered in Alsace, hugging Germany and French Flanders, which borders Belgium. There are complaints the measure could put some out of business.

Central and southern France are predominantly wine country, and overall beer only represents 16 percent of the country's alcoholic drinks market.

Still, the Brewers of Europe said in a statement that beer is "being singled out" compared to wine.

Bergeron said he believes that's because of the French government's reluctance to raise the tax on the country's favorite alcoholic beverage.