Pizza Hut is set to announce a revamped hand-tossed pie this week that it says has a lighter, airier crust brushed with a garlic butter seasoning. Although the chain isn't touting it as prominently, there's another feature to the new recipes worth noting: deliberate imperfections. 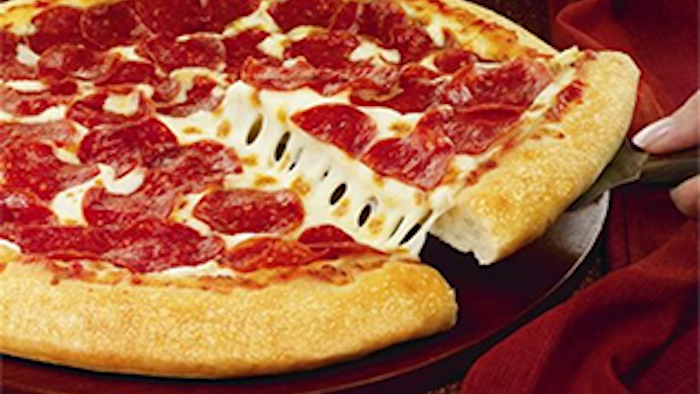 NEW YORK (AP) — If you notice some air bubbles and stray cheese on your Pizza Hut pie crust, it's not an accident. It's all part of an effort to appear more "authentic."

The nation's largest pizza chain is set to announce a revamped hand-tossed pie this week that it says has a lighter, airier crust brushed with a garlic butter seasoning. Although Pizza Hut isn't touting it as prominently, there's another feature to the new recipes worth noting: deliberate imperfections.

Carrie Walsh, Pizza Hut's chief marketing officer, says employees were trained to have "more freedom" when stretching out the new hand-tossed pies. The idea is to give them a more handmade look, in line with the growing push by companies to ensure their food doesn't seem as though it rolled off factory conveyor belts.

"What we want to highlight is that these really are handcrafted," she said. "We're encouraging them to make sure they make each pizza one of a kind."

Walsh declined to provide details on how exactly workers were retrained, since the previous pies were stretched by hand as well. But one change is that employees will no longer use a roller on the dough, which will help preserve air bubbles.

It may sound odd for a chain restaurant to encourage variations in a product. But people are increasingly turning their noses up at processed and fast foods, which are associated with uniformity and identical shapes.

Pizza Hut, which is owned by Yum Brands Inc., isn't alone in making an extra effort to give its food a more homespun look. Domino's has also said it encourages employees to be more flexible in shaping the dough for its "Artisan" pies. McDonald's cooks the egg whites for its new breakfast sandwiches on a griddle to create a looser shape, rather than the perfect discs in its traditional Egg McMuffins. And Kraft Foods says it developed a machine that makes its Carving Board turkey look as though it was sliced by a person.

It's not clear whether customers will even notice the little imperfections in Pizza Hut's new hand-tossed pies, which debut this week. But in a press release regarding the pies, the company says its employees underwent the "largest and most intense training program" in more than two decades to learn how to make them.

Pizza Hut is also competing with a crop of new places offering made-to-order pies in a style reminiscent of Chipotle's popular format.

In fact, Chipotle recently announced the first location for its pizza restaurant, Pizzeria Locale. Bobby Stuckey, one of Pizzeria Locale's founders, says the dough for each pie is stretched out in front of customer, which results in variation from pie to pie.

Co-founder Lachlan Mackinnon-Patterson said that was part of the experience, noting that people enjoy seeing their food made right in front of them.

For now, the three largest publicly traded pizza chains together still control about 31 percent of the market, according to market researcher Euromonitor International. Pizza Hut, based in Plano, Texas, is the largest with about 6,400 locations, followed by Domino's and Papa John's.