A family from Belgium introduced Belgian waffles to the American public 50 years ago. The waffles, topped with fresh whipped cream, powdered sugar and sliced strawberries, were served to visitors to the 1964 World’s Fair in New York. 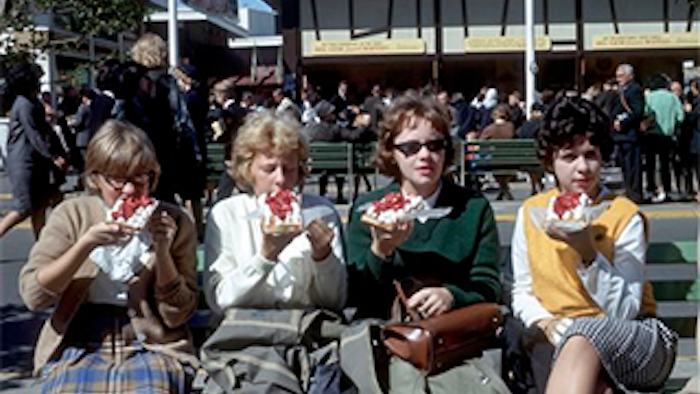 In this October 1964 photo provided by worldsfairphotos.com, four girls eat Belgian Waffles on the Grounds of the World’s Fair in the Queens Borough of New York. Belgian waffles were introduced to the American public at the fair by Belgian Maurice and Rose Vermersch and their daughter MariePaule. (AP Photo/Bill Cotter)

In this April 17, 2014 photo provided by the Queens Economic Development Corporation, the actual pitcher and waffle iron used to make the waffles that Maurice, Rose and their daughter MariePaule introduced to the American public sit on a table in their home in the Forest Hills section of the Queens borough of New York. Fifty years ago the family from Belgium made Belgian waffles, topped with fresh whipped cream, powdered sugar and sliced strawberries, and served them to visitors to the 1964 World’s Fair. (AP Photo/Queens Economic Development Corporation, Rob MacKAy)