The James Beard Foundation, whose namesake was a leading American chef, honors those in the culinary profession that incite new and unique food trends. Cronut creator Dominique Ansel has become a household name since his croissant-donut hybrid went viral. 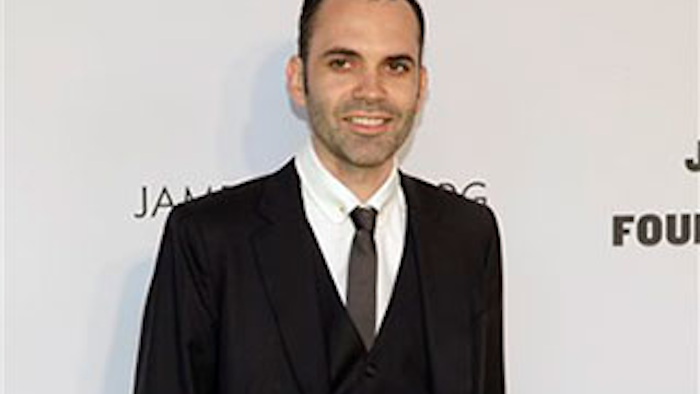 And you thought the lines to get a Cronut were bad before!

Last year, New York pastry chef Dominique Ansel needed crowd control and rationing to handle the frenzy over his trademarked doughnut-croissant hybrid that became a viral success and spawned numerous knockoffs. But just as the furor was fading, the James Beard Foundation has put him back at the center of the culinary map, on Monday naming him the nation's top pastry chef.

Ansel gained fame last summer when his innovative sweet treat had New Yorkers lining up at dawn outside his Dominique Ansel Bakery to nab one of the 200 or so he made per day. There even was a Cronut black market, with some selling for as much as $40 online.

The Beard Foundation also gave a nod to the savory side of the baking aisle, naming Los Angeles bread and pizza guru Nancy Silverton the nation's most outstanding chef. She's only the fourth woman to get the honor since it began in 1991. The others include Alice Waters (1992), Lidia Bastianich (2002) and Judy Rodgers (2004).

Silverton — whose early career included a stint as head pastry chef for Wolfgang Puck's Spago — was at the fore of the artisanal bread movement. When she opened her restaurant, Campanile, she was frustrated when she couldn't find a baker making the rustic sourdough breads she'd had during her training in Europe. So she taught herself to bake it.

In 1989, she opened La Brea Bakery next door to Campanile, and it quickly was regarded as one of the nation's top bakeries. Two years later, the Beard Foundation named her the nation's top pastry chef. Today, her restaurants include Pizzeria Mozza in Los Angeles, which she owns with Mario Batali.

On Monday, she said the decision to cook wasn't easy, and she expected her family to be unhappy.

"I was in my senior year of college, when cooks were cooks. There were no celebrity chefs. I called my father up and said, 'I'm dropping out of college. I want to cook,'" Silverton said. "And he said, 'As long as you go to Le Cordon Bleu.' And so he sent me to Le Cordon Bleu. And here I am today."

The James Beard awards honor those who follow in the footsteps of Beard, considered the dean of American cooking when he died in 1985. Monday's ceremony in New York honored chefs and restaurants; a similar event on Friday was held for book and other media awards. Last year's top chef honor was shared by David Chang and Paul Kahan.

The foundation's outstanding restaurateur award went to Boston chef Barbara Lynch, marking only the second time the honor has gone to a woman. Lynch oversees half a dozen restaurants, including her first — No. 9 Park and her most recent, Menton — and is credited with fostering the city's burgeoning food scene.

San Francisco's The Slanted Door, where classic Vietnamese food gets a modern rethinking by owner and chef Charles Phan, was named the nation's most outstanding restaurant.

The Humanitarian of the Year honor went to Matt Haley, a restaurateur with seven restaurants in Delaware who works with multiple nonprofit groups, including Celebrity Chef's Beach Brunch for Meals on Wheels.

"I'm a member of the most compassionate, caring industry in the world," he said. "I'm forever grateful for that. I will spend the rest of my life leveraging my business for good."