French President Francois Hollande says that an offer by General Electric Co. for troubled French engineering company Alstom is not good enough and wants the U.S. company to come up with a better deal. 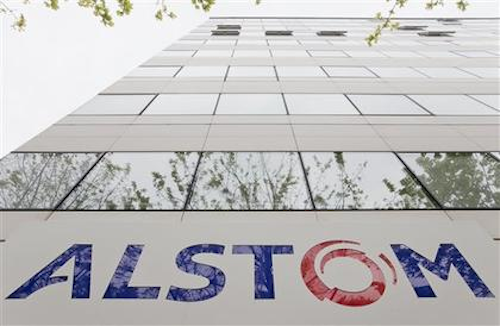 PARIS (AP) -- French President Francois Hollande says that an offer by General Electric Co. for troubled French engineering company Alstom is not good enough and wants the U.S. company to come up with a better deal.

The $17 billion bid for Alstom's energy activities has prompted resistance within the French government, which is struggling to revive the country's industrial base and stay globally competitive.

Alstom calls GE's offer "practically perfect" and is ready to accept, but bowed to government pressure to wait amid discussion of other options.

Hollande said on BFM television Tuesday that the bid is "not good enough today, it's not acceptable."

He didn't reject the idea of a takeover, but instead appeared to be pushing for a better offer. He said that even though the decision is up to Alstom, the government is an Alstom client and "has enough means of pressure to end up with something that is good for Alstom, good for French industry."

Economy Minister Arnaud Montebourg, a leftist firebrand who has vociferously resisted foreign bids for French companies, is proposing a "partnership" instead of a straight buyout.

GE, in a letter to Hollande last week, promised to increase jobs, investment and energy activities in France, not cut them.