Prosecutors allege the owners of Rancho Feeding Corp. schemed with employees to slaughter about 79 cows with skin cancer of the eye rather than stopping plant operations during inspector lunch breaks. 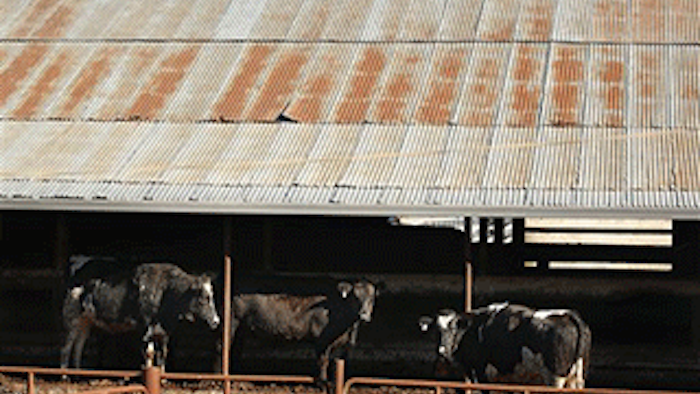 Prosecutors alleged that the owners of Petaluma-based Rancho Feeding Corp. schemed with employees to slaughter about 79 cows with skin cancer of the eye rather than stopping plant operations during inspector lunch breaks. Then, the government alleges, plant workers swapped the heads of diseased cattle with heads of healthy cows to hide them from inspectors.

Rancho operations were halted in February after a series of recalls, including one for 8.7 million pounds of beef. The meat was sold at Walmart and other national chains and used in products, including Hot Pockets.

Prosecutors said Cabrera and Corda were among those involved in slaughter of cows with skin cancer of the eye at Amaral and Singleton's instructions and concealing the disease from USDA inspectors, resulting in distribution of about 79 diseased cattle that did not undergo full inspection.

Cabrera, based on instructions from Amaral, also directed Rancho employees to carve stamps condemning cattle out of carcasses and to process them for transport and sale, prosecutors said. The indictment accused the company of distributing 101 of these carcasses.

The defendants and their attorney could not be immediately reached for comment Monday.

More than 1,600 food distributors in the United States and Canada were alerted to the recall that asked consumers to return products, including beef jerky, taquitos, hamburger patties and Hot Pockets frozen sandwiches.

In March, the USDA allowed another Northern California company, Marin Sun Farms, to take over the shuttered Rancho slaughterhouse.