The plant filed for bankruptcy last summer because it lacked money to buy cattle for slaughter. The new CEO of the renamed New Angus plant said he is working on a five-year plan for the facility with a goal of eventually employing nearly 600 people and handling up to 1,000 head of cattle per day. 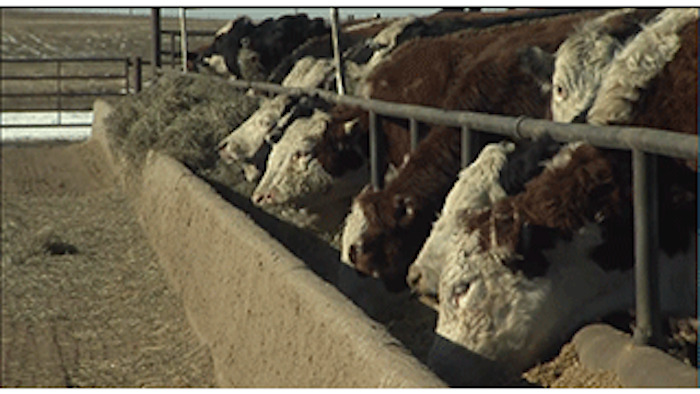 ABERDEEN, S.D. (AP) — The man in charge of resurrecting a scandal-marred beef plant that has sat idle since 2012 is optimistic about the Aberdeen facility's future.

Doug Cooper, CEO of the renamed New Angus plant, said he is working on a five-year plan for the facility with a goal of eventually employing nearly 600 people and handling up to 1,000 head of cattle per day, the Aberdeen American News reported Sunday.

Formerly called Northern Beef Packers, the plant filed for bankruptcy last summer because it lacked money to buy cattle for slaughter. The company declared $138.8 million in liabilities and $79.3 million in assets. It was sold in December to White Oak Global Advisors, a California-based investment firm.

"I can tell you this — we have a world-class facility," Cooper told the newspaper. "We have people in the building now who are checking everything out, making sure things are in place mechanically and on the electrical side and in other areas. ...

"I don't want to be in the Wall Street Journal — I just want to establish a sustainable business."

The plant has been at the center of an investigation into financial misconduct at the Governor's Office of Economic Development. That probe stemmed from allegations that former commissioner Richard Benda double-billed the state for three flights and redirected $550,000 in economic development money for his own use that were intended for the beef plant. Benda committed suicide last fall.

Northern Beef Packers began locally, and in 2006, Aberdeen livestock businessman Dennis Hellwig became its largest investor in response to then-Gov. Mike Rounds' South Dakota Certified Beef initiative. Rounds hoped to get the state's ranchers premium prices by allowing consumers to track animals from birth, through a feedlot and to a meatpacking plant.

But when local financing tightened, the plant opted to look for investors through a federal investment-for-green-cards immigration program. Hellwig was bought out, and Northern Beef became 41 percent owned by businessman Oshik Song. Almost 70 Korean investors also gave at least $500,000 under the EB-5 program that encourages foreign investment in exchange for qualifications to secure permanent residency.