The National Organic Standards Board, which advises the U.S. Department of Agriculture, voted this month against a proposal to exclude hydroponics and aquaponics — the raising of plants without soil and fish using the same water — from the USDA's organic certification program. 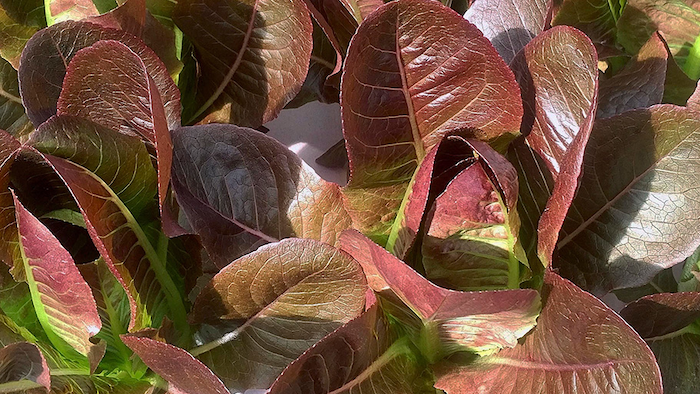 MONTPELIER, Vt. (AP) — Can a tomato grown in a nutrient solution instead of dirt be called "organic"? Some purists don't think so.

The National Organic Standards Board, which advises the U.S. Department of Agriculture, voted this month against a proposal to exclude hydroponics and aquaponics — the raising of plants without soil and fish using the same water — from the USDA's organic certification program.

Many traditional organic farmers and their supporters say allowing hydroponic farms to be certified organic erodes the integrity of the $16 billion U.S. organic produce industry.

To them, organic farming is about far more than not using toxic pesticides; it's rooted in enhancing the fertility of soils, a concept developed in the early 20th century by pioneering organic farmers. Organic farmers worked hard to create the National Organic Program in 2000, an achievement they say is now being watered down by allowing hydroponic farms to be part of it.

"Unfortunately those very things that it was created to do, which I think in the beginning it did do, is now really damaging because they're certifying things that none of us believe are organic," said Dave Chapman, of Long Wind Farm in East Thetford, Vermont.

Traditional organic farmers "feel like this is a complete slap in the face," said Andrianna Natsoulas, executive director of Northeast Organic Farming Association of New York. "They feel that organic now is a complete joke and it means absolutely nothing, and their years of working and their dedication and their commitment is for naught."

The Organic Trade Association said it did not support the proposal to prohibit hydroponics because of the way it was written.

Marianne Cufone, executive director of the Recirculating Farms Coalition, which represents hydroponic and aquaponic farmers, said the law left room for the meaning of organic to expand. She said she was shocked that so many people opposed hydroponic and aquaporin farming from being labeled as such.

Many such farms are interested in becoming certified organic because it's a growing market, she said. "And it essentially puts this style of farming at a premium as well," she said.

Diane Nancekivell, of Middlebury, Vermont, typically pays that premium to get organic produce. While shopping at Healthy Living Market & Cafe in South Burlington, Vermont, she said she was excited to get hydroponic fruits and vegetables in the winter and has no problem with them not being grown in soil.

Fellow shopper Chrysanne Chotis, of South Burlington, Vermont, said she didn't find the flavor of hydroponic produce as interesting as other produce she buys.

Some farmers are going to start working on finding an alternative to USDA certification that represents "real organic farmers," Chapman said.