American Chemistry Council President Cal Dooley said that Congress should work toward implementing a "workable deadline" and warned that the current policy could "send a shock wave through our economy." 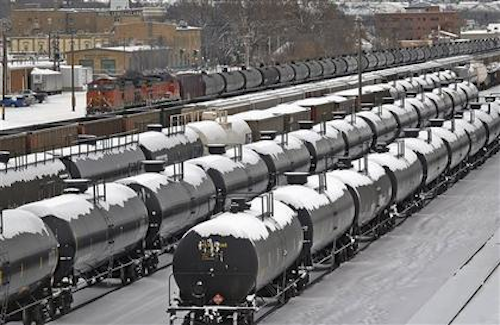 A top chemical industry group is calling on Congress to extend a deadline for railroads to comply with federal safety regulations.

A 2008 law, in part, required rail carriers to implement a system called positive train control by the beginning of 2016. The system uses GPS, wireless radios and computers to monitor trains' positions and can automatically slow or stop trains to prevent collisions, derailments and travel through work zones.

Last month, however, federal regulators said that most railroads are expected to miss the January 1 deadline, and a transportation official said earlier this month that companies could due to safety concerns.

The chemical industry, as well as the oil and natural gas needed to produce feedstock chemicals, rely heavily on rail transportation.

American Chemistry Council President Cal Dooley said that Congress should work toward implementing a "workable deadline" and warned that the current policy could "send a shock wave through our economy."

“A transportation shutdown of this magnitude would have cascading impacts that would threaten the nation’s food, energy and water supplies, as well as manufacturing, construction and nearly every other sector of the U.S. economy," Dooley said.