A state judge recommended Monday that one of California's largest utilities pay a nearly $17 million penalty for engaging in improper talks with regulators related to the now-closed San Onofre nuclear power plant. 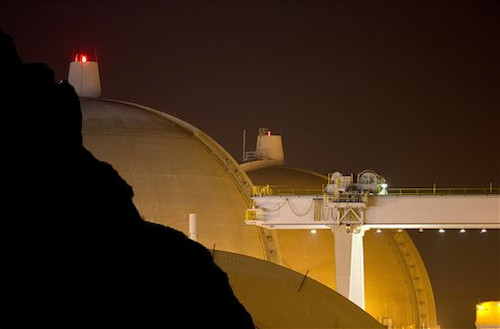 In a proposed decision, California Public Utilities Commission Administrative Law Judge Melanie Darling wrote that the fine was justified by Southern California Edison's omissions in its dealings with the state in 2013 and 2014. The judge found Edison officials held eight unreported, improper communications with one or more agency commissioners during that time.

Edison "misled the commission, showed disrespect for the commission's rules and undermined public confidence in the agency," the judge wrote.

The commission is not expected to vote on the proposed penalty until at least December. Edison said it's reviewing the judge's ruling.

The proposed fine, $16,740,000, comes as the latest development tied to a dispute over a nearly $5 billion settlement that divided costs from the defunct plant, located between Los Angeles and San Diego.

Under the deal approved by the commission last year, consumers would pay $3.3 billion and shareholders would pay $1.4 billion of costs stemming from shuttering San Onofre's twin reactors.

Consumer advocates and other critics have urged the commission to reopen the settlement, saying private conversations between the commission's then-President Michael Peevey and Edison gave the company an unfair advantage.

The company has previously defended the 2014 agreement, saying it is fair and was negotiated properly. Edison is the majority owner of the plant.

San Onofre was shut down in January 2012 after a small radiation leak led to the discovery of extensive damage to tubing inside virtually new steam generators.

The plant never produced electricity again. Edison closed San Onofre permanently in June 2013 amid a fight with environmentalists over whether the plant could be restarted safely.

A key issue has been a private meeting that occurred in March 2013 between Edison's former executive vice president, Stephen Pickett, and the commission's then-President Michael Peevey, at an industry conference in Warsaw, Poland.

Edison has said Peevey initiated a one-sided conversation about a possible framework for a settlement of a probe into San Onofre's rates and operations, according to the ruling.

However, the meeting was not disclosed until two years later, after a decision had been adopted.

The judge wrote the bulk of the penalty reflected Pickett's "grossly negligent failure to accurately and timely report" the private discussion, which triggered other misleading acts and omissions.