Air Liquide Offers to Buy Airgas in Deal Worth About $10.3B

The Air Liquide offer comes more than four years after Airgas fended off a lengthy takeover bid from another rival, Air Products and Chemicals Inc. 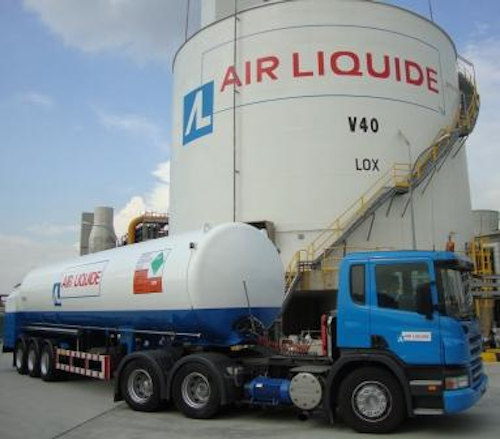 The companies say Air Liquide will pay $143 in cash for each share of Airgas in a deal that has already been approved by the boards of both companies. Including debt, the deal is worth 12.5 billion euros ($13.4 billion).

The per-share price represents a 35 percent premium to the closing price of Airgas shares on Monday, and the Radnor, Pennsylvania, company's stock soared Tuesday after the deal was announced.

The acquisition still needs approval from regulators and Airgas shareholders. Airgas will become a wholly-owned subsidiary of Air Liquide once the companies complete the deal.

Air Liquide, which is based in Paris, brings in $20.4 billion in revenue annually, or about four times as much as Airgas. It already has more than 5,000 employees in the United States and said the Airgas deal will strengthen its presence in the largest market worldwide for industrial gases.

The Air Liquide offer comes more than four years after Airgas fended off a lengthy takeover bid from another rival, Air Products and Chemicals Inc. Air Products abandoned its $70-per-share offer in February 2011 after a Delaware Chancery Court judge upheld a poison pill plan that Airgas directors relied upon to fend off Air Products' hostile bid.

Late Tuesday, Airgas announced it was amending the terms of its poison pill, with changes that included lowering the trigger for the shareholder rights plan to 10 percent from 15 percent. The company attributed the change to "unusual trading activity" in its stock over the past several trading days.