Feds Stand Behind Report That Colorado Agreed To Mine Plan

The Bureau of Reclamation said the state experts signed off on the plan to insert a drain pipe. 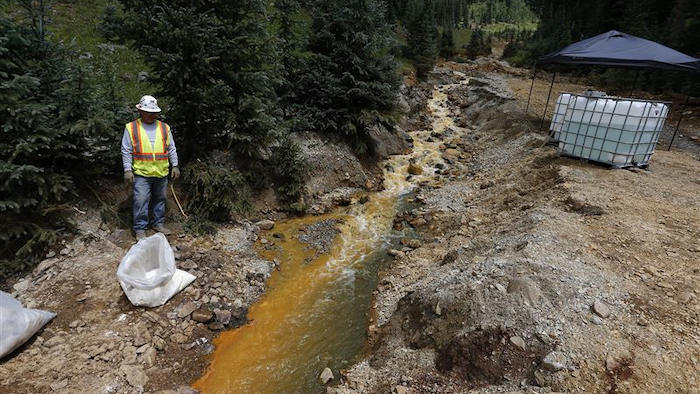 A federal agency on Monday stood behind its assertion that Colorado officials signed off on a cleanup project that led to a 3 million-gallon toxic waste spill from an inactive gold mine.

The U.S. Bureau of Reclamation's statement was the latest twist in a dispute between state and federal agencies over what role Colorado officials had in the spill.

The federal agencies have said two state mining experts endorsed the project and agreed with federal officials from the scene that there was little threat of a massive spill. But in a letter made public last week, Colorado officials denied those claims.

The spill occurred Aug. 5 at the Gold King Mine in southwestern Colorado. A crew led by the U.S. Environmental Protection Agency was trying to insert a pipe through debris covering the mine entrance to gradually drain water backed up inside.

The crew inadvertently unleashed a torrent of water laden with heavy metals, polluting rivers in Colorado, New Mexico and Utah. Both the EPA and the Bureau of Reclamation said the crew underestimated the water pressure in the mine.

The Associated Press obtained the letter last week through an open records request.

The Bureau of Reclamation had not previously commented on King's letter. On Monday, bureau spokesman Peter Soeth said the information in the report came from the Division of Reclamation, Mining and Safety. He said he couldn't be more specific.