Carmakers Finish Strong in 2014, Are Even Better Days Ahead 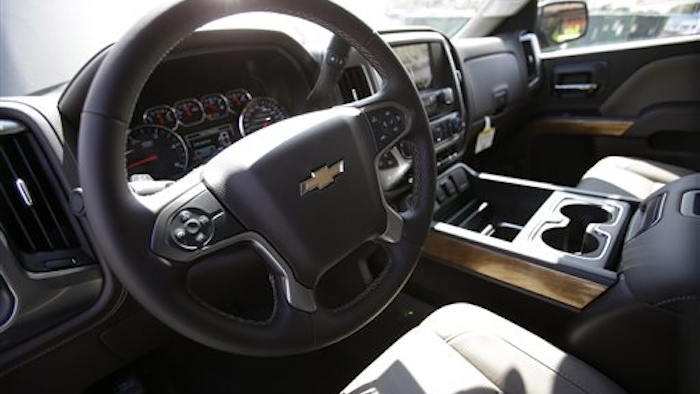 The figures pointed to a strong finish for 2014. Analysts are predicting sales of 16.5 million vehicles, up 6 percent from last year and a return to pre-recession levels. And analysts say Americans will continue to buy cars in big numbers this year. They're predicting sales of 17 million for the first time since 2005, close to the record of 17.3 million set in 2000.

Kelley Blue Book expected December sales to be up nearly 10 percent over the previous year to 1.5 million, thanks to holiday promotions and milder-than-usual weather. Automakers report U.S. December and full-year U.S. sales on Monday.

"Automakers should be grinning as they close the books this year," said John Krafcik, president of the TrueCar.com auto buying site.

Fiat Chrysler led the way with a 16 percent increase over 2013, selling just over 2 million cars and trucks. It was the company's best year since 2006. Nissan and Honda also reported gains in December with both Japanese automakers setting sales records.

Fiat Chrysler was led by the Ram pickup truck, with sales up 24 percent for the year. Pickup truck sales rebounded for nearly all automakers through 2014 as small businesses regained confidence in the economy and gas prices fell, making the trucks more attractive. Sales of the Jeep Cherokee small SUV were seven times larger than last year, reaching nearly 179,000. Jeep brand sales rose 41 percent for the year to more than 692,000 vehicles, an annual record.

Nissan said its sales grew 11 percent for the year to 1.39 million to set an annual record for the company. Nissan brand sales were up 12 percent for the year, while the Infiniti luxury brand gained just under 1 percent. Nissan was led by the redesigned Rogue small SUV with sales up 22 percent.

Honda says its sales last year rose 1 percent to 1.54 million cars and trucks. That was enough to post the second-best results in company history and a record for the Honda brand. Acura luxury brand sales rose 1.5 percent for the year. Honda was led by the CR-V small SUV with a 10 percent sales gain to 335,000. That broke the SUV's annual sales record.

Low interest rates and loosening credit standards are drawing buyers. Gas prices — which started the year down 33 percent to $2.23 per gallon nationally, according to AAA — are giving buyers more confidence, whether they're buying their first subcompact or upgrading to a bigger SUV.

After starting off slow, sales began accelerating in the second half of 2014 as gas prices fell.

And people continued to buy more expensive vehicles. TrueCar reports that the average sales price in 2014 hit more than $33,000, up 1.9 percent from a year ago.

Sales growth is likely to slow this year. That could mean more discounts for buyers, since it will be harder for automakers to maintain growth in a slowing market.