Despite the gridlock and political wrangling in D.C., Bill Allmond and SOCMA are close to claiming victory in helping at least one major reform on chemical regulations get passed this year – all while facing long odds on other bills they’re trying to push forward. 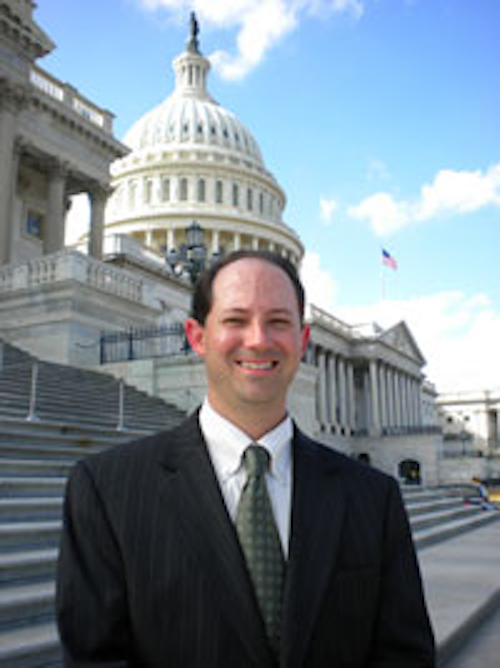 I don't envy Bill Allmond's job. As the vice president and senior lobbyist for the Society of Chemical Manufacturers & Affiliates, Allmond spends his days attempting what can feel like the impossible: getting Democrats and Republicans to come together and compromise to pass meaningful reforms for the industry.

But despite the gridlock and political wrangling, Allmond and SOCMA are close to claiming victory in helping at least one major reform on chemical regulations get passed this year – all while facing long odds on other bills they’re trying to push forward.

Last month, SOCMA released those goals in a “To-Do List For Congress,” and in this exclusive interview with Chem.Info, Allmond discusses what’s at stake for chemical manufacturers and why these reforms matter.

No. 1 on SOCMA’s List: “Reform the Toxic Substances Control Act. The House overwhelmingly approved the TSCA Modernization Act of 2015 on June 23, but the Senate has yet to pass S. 697, The Frank R. Lautenberg Chemical Safety for the 21st Century Act. Stakeholders are aligned on the need for Congress to reform TSCA, but further action is needed by Congress to achieve reform.”

Meagan Parrish: How close is this bill to being passed?
Bill Allmond: There is a 60 senator proof list of sponsors of the bill at this point so we’re in a really good place for the bill’s ultimate passage in the Senate. Once it gets to the Senate floor we fully expect there will be north of 85 Senators that will vote in favor of it.

The issue right now has to do with a couple of there is amendments – one in particular that’s not related to the bill at all. It’s an amendment has to do with re-authorizing the Land and Conservation Fund. This is a big issue with a couple of senators, especially Sen. Burr of North Carolina. So right now we’re trying to convince Sen. Burr that his bill would be voted separately if he would remove it from the Frank R. Lautenberg bill.

Once this bill is passed in the Senate, it still has to reconcile its changes with the House bill, and that will be another several weeks-long process, and then it goes to the president’s desk. I think we’ll pass it before the holidays. If not, maybe early 2016.

MP: One of the biggest criticisms of the bill is that it doesn’t ban asbestos. Do these new bills go far enough in balancing consumer safety with industry needs?
BA: There has been a lot of consternation around asbestos. Our position is that the EPA has the authority to talk to companies about doing more about particular chemicals. From our perspective, the EPA erred when they tried to ban asbestos outright. The courts disagreed and said the EPA didn’t provide enough information about banning it outright, because asbestos does have some critical uses. I think the authors of the bill recognized that the EPA does have authority of some of those chemicals of concern – if it would only use it more effectively.

No. 2 on SOCMA's List: "Renew the Miscellaneous Tariff Bill. Specialty chemical manufacturers save substantially from duty suspensions on imported raw materials for which there is no domestic supplier. These savings help them be more competitive and grow their businesses. However, Congress has failed to agree on a path forward to renew or reform the MTB process and it is hurting our industry’s bottom line."

MP: Where is this bill at in the legislative process?
BA: This is stuck in the House. The House has a rule that no member of the House can introduce a bill that has a limited tariff benefit, and unfortunately duty suspensions that fall under the Miscellaneous Tariff Bill this falls into that definition. The concern was that House members would introduce bills that only benefit one constituent. SOCMA respectfully disagrees with this rule, and the House rules committee that duty suspensions qualify as a limited benefit. First of all, once a duty has been suspended for a chemical or raw material, any company that is importing that same chemical or raw material can have their duty suspended, so it’s not limited to one entity.

But we’re stuck because the Senate has passed a bill that would allow companies to apply for duty suspensions that would start with the International Trade Commission, not Congress. SOCMA has been in support of that and both Democrats and Republicans came together to pass this bill under the Customs Reauthorization bill several months ago. The unfortunate thing is that the bill in the House did not include the changes to duty suspension. So we’re at a standstill.

It’s unfortunate because you can really assign a quantitative benefit to it – a company can save $500,000 per year with one duty suspension and if they have multiple they could save millions.

No. 3 on SOCMA's List: "Extend and make permanent the R&D Tax Credit. Due to the highly innovative nature of specialty chemical manufacturing, significant R&D is devoted to developing a product before it’s sold in the marketplace. Temporary Congressional extension of the R&D tax credit creates uncertainty and impedes innovation. Congress needs to finish its efforts to make the tax credit permanent."

MP: Why has Congress failed to make this tax credit permanent since it was introduced in 1981? It seems like a win for everyone.
BA: This is one of those issues both Democrats and Republicans agree on, but they always disagree on whether or not the credit needs to be offset by revenue somewhere else. Both sides agree it should be permanent – but it’s how you get there. Republicans say that they don’t need to be offset because companies who get the credit are able to generate more revenue and more jobs, and tax revenue is generated by capital expenditures. Democrats feels that there’s needs to be some offset to make up for tax credits.

The tendency has been to make a short-term extension to avoid the fight of offsets. This is so businesses can get the tax credit for R&D until Congress can figure out how to make it permanent – either with a huge reform of the tax code or agreeing on how to offset it.

MP: Aside from an uncertain business climate, what else is at stake in this debate?
BA: There’s a chance chemical companies could move their R&D somewhere else. We have seen that happening in Canada and Europe where they provide very favorable tax credits.

Most likely change will come about with a major rewrite of the tax code. And we’re moving to the likelihood that the Congress might be split again after the next election, which will make changing this more difficult.

No. 4 on SOCMA'S List: "Reform the Surface Transportation Board. Railroad shipping rates have skyrocketed and have been the focus of numerous government reports detailing major deficiencies at the STB. The House needs to take the Senate’s lead and pass reforms that would reauthorize the STB for the first time ever and make the Board a more effective agency for handling freight rail issues."

MP: Can you explain more about why this is such a critical issue?
BA: The Surface Transportation Board oversees railroads and issues that come up in the shipment of good through rail transportation. Our position is that the board doesn’t have much teeth. It can’t compel the railroad to do much when there’s a complaint about issues like the costs, or the unreliability. We really feel like Congress needs to step in and give them more authority. There are some chemicals that can only be shipped by rail so we’re beholden to the use of rail even when the costs are so high that’s it’s not feasible.

MP: What the most pressing rail issues facing the chemicals industry you want to see the STB tackle?
BA: Pricing. Some of their members are seeing their prices go up 15 or 20 percent each year. It’s hard for them to sustain their use of rail shipment when rates are going up that much. Rail companies justify the increase by talking about the expense of maintaining rails and the level of insurance and liability of shipping hazardous materials. If you look at the amount rail companies generate from shipping hazardous materials, we feel like we’re paying for some of these issues by being a major customer of the rail industry.

The Senate has passed a bill that would address some of these issues. The House is still trying to figure out what it’s going to do and how to pass it. So there’s some uncertainty on the House side.

MP: It this issue being overshadowed by the safety concerns?
BA: Yes it is. I haven’t done much lobbying on this since the Positive Train Control popped up and eclipsed this one as the No. 1 transportation issue. Because with safety issue there’s a very hard deadline that Congress has to address and that’s coming up pretty quickly. So we’ve been busy with that.