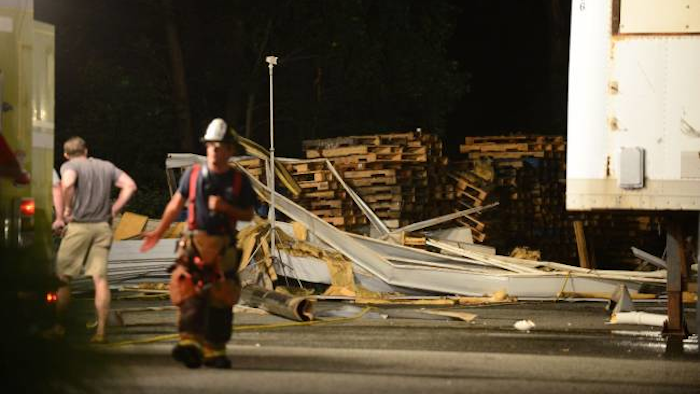 Totowa Fire Marshal Allen Del Vecchio tells The Star-Ledger (http://bit.ly/1mcP22T ) he felt the blast from Pharmachem Laboratories in Totowa at his house a mile away.

Pharmachem produces ingredients that flavor foods. Workers say they had just started on a new recipe for eggnog when the blast occurred.

Del Vecchio says the first explosion apparently came from a furnace-like device that was heating a vat containing eggnog flavoring ingredients. A subsequent blast apparently involved a pocket of hot air or gas that had built up inside the vat.

The entire rear of the building was blown out.

Del Vecchio said several people could have been killed in the blast, had it not been a weekend when only a skeleton crew was present.

"People could have been killed — normal operation, you'd have had five, ten people working in there — that's how violent the explosion was," Del Vecchio said. "The damage was in the millions."

Initial reports of the explosion described the blast as coming from the vat, leaving open the question of whether somehow it could have been caused by the eggnog flavor ingredients, which were not disclosed.