Japan's government announced Friday that it will increase the amount of money it is providing to the operator of the crippled Fukushima nuclear plant to step up cleanup and decommissioning efforts. 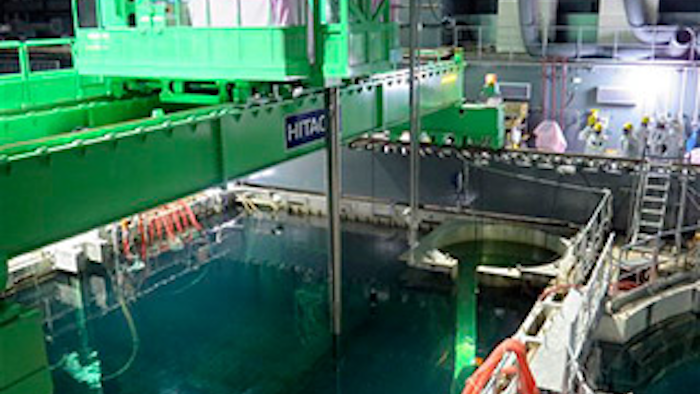 TOKYO (AP) — Japan's government announced Friday that it will increase the amount of money it is providing to the operator of the crippled Fukushima nuclear plant to step up cleanup and decommissioning efforts.

The interest-free loans provided to Tokyo Electric Power Co. will be increased to 9 trillion yen ($90 billion), up from 5 trillion yen, according to government-adopted guidelines. The government also said it will try to recoup 3.6 trillion yen through the sale of TEPCO shares and other methods under a state-backed fund for nuclear accidents.

Originally, TEPCO was to be liable for all costs stemming from the 2011 meltdowns at the Fukushima Dai-ichi plant. But in September, the government decided to step in and provide financial help after a series of radioactive water leaks and other problems triggered public concern about TEPCO's ability to manage the situation.

The government's draft supplementary budget through March 2014 allocates nearly 48 billion yen ($480 million) for measures to deal with growing amounts of radioactive water at the plant, as well as the decommissioning of its three melted reactors. Additional cleanup projects are expected to be funded through a national public works budget, media reports say.

The decommissioning of the three damaged reactors is expected to take decades and require expertise from around the world.

Also Friday, TEPCO announced that it will create a separate entity to focus on the decommissioning and management of radioactive water beginning April. It will be overseen by the government and its state-funded decommissioning research unit.

Experts in and outside Japan have urged such a step.

"Decommissioning is a different skill than running companies," Lady Barbara Judge, former head of Britain's Atomic Energy Authority who is now an outside TEPCO adviser, said earlier this week. "My opinion is that TEPCO should create a separate division, and that they should utilize international expertise as well as Japanese expertise."