California should ban all back-channel contacts between the state's largest utility and the utility's state regulators, groups representing rate-payers and others urged a state administrative judge Tuesday after the release of emails showing regulators and utility executives secretly negotiating rate cases and other matters. 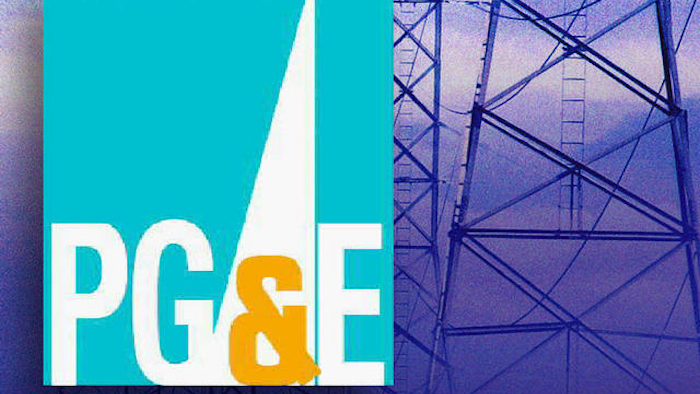 SAN FRANCISCO (AP) — California should ban all back-channel contacts between the state's largest utility and the utility's state regulators, groups representing rate-payers and others urged a state administrative judge Tuesday after the release of emails showing regulators and utility executives secretly negotiating rate cases and other matters.

Tuesday's hearing was triggered by PG&E's release in September of an email exchange in January in which PG&E successfully lobbied the top staffer of commission President Michael Peevey for a change of judges in a rate case.

PG&E also released a new batch of emails on Monday, the eve of the hearing. Those emails described Peevey seeking $1.1 million in political and other donations during a 2010 dinner in which he and then-PG&E Vice President Brian Cherry also discussed at least five PG&E regulatory matters before the commission.

While only PG&E was facing penalties Tuesday in what Yacknin, the judge, called the "judge-shopping" case, those speaking Tuesday to urge penalties said the commission was at fault as well.

Officials from the San Francisco suburb of San Bruno have been among the sharpest critics of both PG&E and its regulators since a 2010 PG&E gasline blast that killed eight people in the city. PG&E is facing federal criminal charges in connection with the explosion.

"Given the controversy that surrounds the commission and the lack of trust ... all urge the commission to spend the time and effort necessary to change your way of business," said Steven Meyers, an attorney representing San Bruno.

The utilities commission says it initiated a third-party review of its communications with regulators, but it has not otherwise responded to the release of the emails. Neither Peevey nor California Gov. Jerry Brown have commented on the actions described in the emails.

PG&E's legal counsel at Tuesday's hearing described the back-channel contacts in the emails as rare events rather than standard practice, and stressed that the utility had let go the three PG&E executives it believed were responsible.

"We don't believe it's appropriate for PG&E to be training commission members on compliance with their rules," Schenker said.

Yacknin already has said PG&E faces possible financial penalties in the judge-shopping. San Bruno and another PG&E critic, The Utility Reform Network, variously asked Tuesday for the ban on private contacts and for appointment of an independent monitor to oversee contacts between the utility and the utility commission.

The administrative law judge is slated to give her recommendation to the utilities commission on the penalties in coming weeks.