The judge said that a verdict has been reached Wednesday morning in the case against a former BP engineer charged with deleting text messages to obstruct an investigation of the company's massive 2010 oil spill in the Gulf of Mexico. 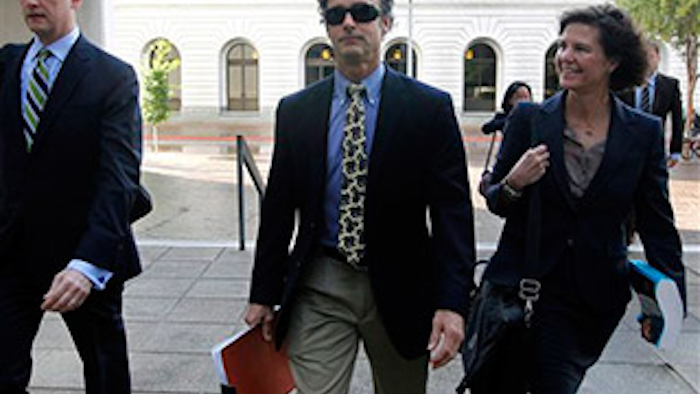 NEW ORLEANS (AP) — The judge said that a verdict has been reached Wednesday morning in the case against a former BP engineer charged with deleting text messages to obstruct an investigation of the company's massive 2010 oil spill in the Gulf of Mexico.

Jurors resumed deliberating Wednesday, a day after telling U.S. District Judge Stanwood Duval Jr. that they were "at a standstill" and having trouble reaching a verdict in the case against 52-year-old Kurt Mix, of Katy, Texas. Judge Duval instructed them to continue their deliberations.

Jurors have deliberated for more than nine hours since hearing closing arguments from attorneys Monday.

Mix is charged with two counts of obstruction of justice. He didn't testify at his two-week trial.

Prosecutors argued that Mix was trying to destroy evidence when he deleted hundreds of text messages to and from a supervisor and a BP contractor. Mix's indictment also accused him of deleting two voicemails from the same two people.

Mix's lawyers said their client didn't hide anything. He preserved other records containing the same information contained in the deleted messages, they told jurors.

Mix was one of four current or former BP employees charged with crimes related to the spill. His case was the first to be tried.

The April 20, 2010, blowout of BP PLC's Macondo well triggered an explosion that killed 11 workers on the Deepwater Horizon drilling rig and spawned the nation's worst offshore oil spill. Millions of gallons of oil spewed into the Gulf while the company scrambled for weeks to seal the well.

Mix was on a team of experts who worked on BP's unsuccessful attempt to stop the gusher using a technique called "top kill." He had access to internal data about how much oil was flowing from the blown-out well.

On May 26, 2010, the day that top kill began, Mix estimated in a text to a supervisor that more than 630,000 gallons of oil per day were spilling — three times BP's public estimate of 210,000 gallons daily and a rate far greater than what top kill could handle.

That text was in a string of messages that Mix exchanged with his supervisor, Jonathan Sprague, before deleting it in October 2010. Investigators couldn't recover 17 of the messages in the string.

In August 2011, Mix also deleted a string of text messages that he exchanged with BP contractor Wilson Arabie. Several weeks earlier, federal authorities issued a subpoena to BP for copies of Mix's correspondence. The same count that charges Mix with intentionally deleting those messages also says Mix deleted a voicemail from Arabie and a voicemail from Sprague.