The area was fouled with chemicals and heavy metals that flowed into the waterway about 40 miles south of Detroit from factories, wastewater treatment facilities, landfills and farms. 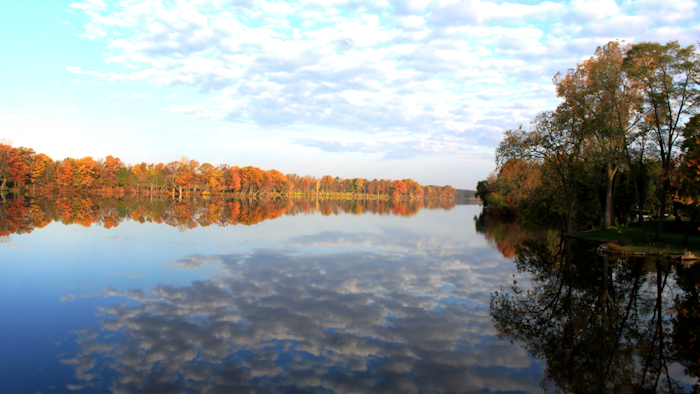 TRAVERSE CITY, Mich. (AP) — Cleanup of a southeastern Michigan river segment that flows into Lake Erie is nearly complete, another step toward restoring environmental health to some of the most heavily polluted sites in the Great Lakes and their tributaries, officials said Wednesday.

Only a few weeks of dredging toxin-laced sediments remain before work will be completed in a 2.6-mile stretch of River Raisin that began nearly 20 years ago, said Cameron Davis, senior adviser with the U.S. Environmental Protection Agency. The area was fouled with chemicals and heavy metals that flowed into the waterway about 40 miles south of Detroit from factories, wastewater treatment facilities, landfills and farms.

"Southeast Michigan's fishing, boating, shipping and tourism industries all depend on clean water to create jobs and foster growth and will benefit greatly" from the cleanup, said U.S. Sen. Gary Peters, a Michigan Democrat.

River Raisin was among 43 harbors, river mouths and other locations in the Great Lakes region that were longtime dumping grounds for industrial toxins and designated for special attention under an agreement between the U.S. and Canada. Despite their high-priority status, only four in the U.S. and three in Canada have been declared restored and removed from the list since it was compiled in 1987.

The Obama administration has stepped up work on a number of sites under its Great Lakes Restoration Initiative, including White Lake and Deer Lake in Michigan, which were dropped from the list in 2014, and Presque Isle Bay in Pennsylvania, which was removed the previous year. The Oswego River in New York was removed in 2006.

River Raisin's worst problem was pollution with polychlorinated biphenyls, or PCBs, which are manufactured organic chemicals that were widely used in electrical equipment until they were identified as potential causes of cancer and other illnesses.

After the cleanup ends this fall, it will be monitored for several years to make sure its environmental problems are fixed. If so, state officials can petition to have it removed from the list.

The program has pumped $27 million into the River Raisin project, while state agencies and private groups have provided $18 million more. Workers have removed or securely covered more than 150,000 cubic yards of contaminated sediment, restored over 300 acres of wildlife habitat and opened 23 miles of the river to fish migration and spawning.