What would a world without GMOs be like? Full of new problems, according to Purdue University researchers. 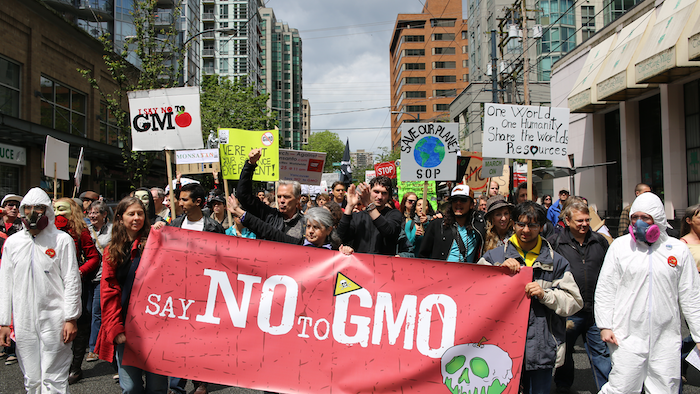 What would a world without GMOs be like? Full of new problems, according to Purdue University researchers.

Led by a team of agriculture economists, the researchers studied the impact of a ban on GMO crops in American farm fields. They estimated crop yield loss and how it would affect the rest of the economy and environment.

"This is not an argument to keep or lose GMOs," Wally Tyner, an agricultural economics professor involved in the study, said. "It's just a simple question: What happens if they go away?"

First, the facts about GMO farming: 18 million farmers in 28 countries planted around 181 million hectares of GMO crops in 2014. Around 40 percent of those crops were in the U.S. where GMOs account for almost all of the corn, soybeans and cotton (around 90 percent each) planted every year.

Naturally, the impact of losing those crops would be profound.

The researchers fed data about GMO crops into a GTAPBIO model developed at Purdue to estimate the consequences to agriculture, energy, trade and environmental policies.

“Eliminating all GMOs in the United States, the model shows corn yield declines of 11.2 percent on average. Soybeans lose 5.2 percent of their yields and cotton 18.6 percent,” they reported.

The problem of yield declines would not only impact the economy, it would also exacerbate greenhouse gas emissions because more land would be need to be converted from pasture and forest to agricultural production. Specifically, about 102,000 hectares of U.S. forest and pasture would have to be converted to cropland and 1.1 million hectares globally on average.

It’s worth noting that although around 38 countries — including much of the EU — have full or partial bans on GMO farming, the movement in the U.S. hasn’t gained significant traction. Most of the debate here is instead focused on labeling laws. However, several groups — including Greenpeace — who oppose GMOs, are also staunchly against increasing greenhouse gas emissions and worsening climate change. But according to Tyner, you can’t have it both ways.

“If you want to reduce greenhouse gas emissions in agriculture, an important tool to do that is with GMO traits," Tyner said.

The researchers said they will continue to study how reductions or increases in GMO farming would impact the world economy. This study, which will be published this spring in AgBioForum, was funded by the California Grain & Feed Association.