The Latest On The Apple, FBI Conflict

The fight between Apple and the FBI over unlocking an iPhone belonging to one of the San Bernardino terrorists continues to heat up. Here's a look at the latest news and insights surrounding the issue. 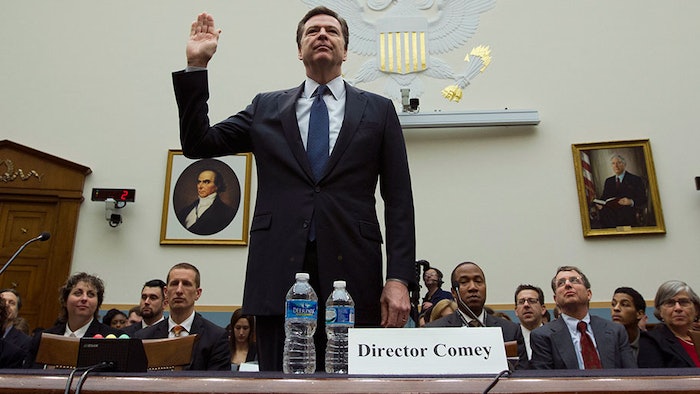 The fight between Apple and the FBI over unlocking an iPhone belonging to one of the San Bernardino terrorists continues to heat up. At issue is whether or not individual privacy supersedes national security, what a company's responsibility is in giving law enforcement unrestricted access to its products and the precedent it could set in cases going forward. Here's a look at the latest news and insights surrounding the issue.

Apple vs. The FBI: A Timeline

The government wants Apple's help breaking into the phone of the San Bernardino shooter. Tim Cook says no, and he's prepared to fight all the way to the Supreme Court. Here's a timeline of this unprecedented standoff.

As the debate over built-in iPhone encryption has deadlocked in the courts, law enforcement and the world's second-largest cellphone maker agreed on one point Tuesday: It's now up to Congress to set boundaries in a long-simmering fight over who can legally access your digital life.

"The FBI is asking Apple to weaken the security of our products," Apple general counsel Bruce Sewell countered later that afternoon.

Tuesday's hearing shifted attention from the courts — where judges in the last month have issued significant but conflicting opinions — to Congress, where both sides say the broader policy debate belongs.

It also provided an extraordinary public forum for the Obama administration and Apple Inc. to stake out competing positions that could have sweeping ramifications. Apple's recent opposition to bypassing security features for the government has pushed that dispute from tech circles into the mainstream.

The strong positions articulated Tuesday make clear the deep divide between Silicon Valley and the government, even as the administration advocates open dialogue and resolution.

"Is it the right thing to make our society overall less safe in order to solve crime?" Sewell asked. "That's the issue that we're wrestling with."

On Monday, a federal judge in Brooklyn said the government couldn't force Apple to help it gain access to the phone in a drug case. U.S. Magistrate Judge James Orenstein said Justice Department attorneys were relying on the centuries-old All Writs Act to "to produce impermissibly absurd results."

But two weeks ago, a different magistrate judge in California, Sheri Pym, directed the company to help the FBI hack into a locked iPhone used by one of the shooters in the December attack in San Bernardino, which killed 14 people.

With those two conflicting rulings in mind, Congress needs to get involved to address the broader collision between privacy and public safety, Comey said.

The Obama administration last year decided against a legislative fix.

Now, though, "Congress must decide this issue," said Sewell, while also criticizing the U.S. government for simultaneously supporting encryption used by activists and journalists in countries with fewer free-speech rights.

The San Bernardino case involves an iPhone 5C owned by San Bernardino County and used by Syed Farook, who was a health inspector there. He and his wife, Tashfeen Malik, later died in a gun battle with police. The FBI wants specialized software that would bypass security protocols on the encrypted phone so investigators can test random passcode combinations in rapid sequence to access its data.

Should Apple create the specialized software to allow the FBI to hack the iPhone, Comey said it would take 26 minutes to do what's known as a brute force attack — testing multiple passcodes in quick succession.

Comey also acknowledged Tuesday there "was a mistake made" shortly after the San Bernardino attack, when the FBI asked the county — which owned the phone — to reset the password for Farook's iCloud account.

That data, stored on Apple servers, kept backups of his phone. Had the password not been reset, the phone may have made a fresh backup available to investigators for further examination. Still, Comey said, "The experts tell me there's no way we would have gotten everything off the phone from a backup."

Republican Rep. Darrell Issa of California, a critic of the administration's domestic surveillance practices, asked Comey whether the FBI had first asked Apple for the underlying iPhone software — called source code by developers — before trying to force the company to create its own digital workaround.

Issa suggested the FBI hadn't exhausted its own efforts before the government went to court. Comey said the government has tried hard to break into iPhones, like the one in California, but he seemed unaware if those methods were successful.

House Judiciary Committee Chairman Bob Goodlatte said technology is moving toward newer generations of encryption and security, and "we're going to have to figure out a different way to help law enforcement."

Whatever emerges from debate as the legislative response to the controversy will "not change the fact that law enforcement is going to have to change the way it investigates and gathers evidence," said Goodlatte, a Virginia Republican.

Alex Abdo, a staff lawyer with the American Civil Liberties Union's speech, privacy and technology project, told The Associated Press on Tuesday that the larger debate is "ultimately about whether we trust our devices."

"If the government prevails, then there is nothing to stop it from turning every major tech company into a tool of government surveillance," Abdo said. "Companies will be required to spy on, rather than secure, their customers."

The ACLU's Anthony Romero tells CNNMoney's Laurie Segall why they stand behind Apple in their fight against the FBI.

McAfee On Apple: We Are All At Risk If The FBI Gets Its Way

John McAfee and former FBI officer Steve Rogers debate the risks of creating — or not creating — a backdoor to Apple's software.