A Deepwater Horizon supervisor ignored a clear red flag and should be held partly responsible for the 2010 oil spill that blackened the Gulf of Mexico coast, a federal prosecutor argued this week. 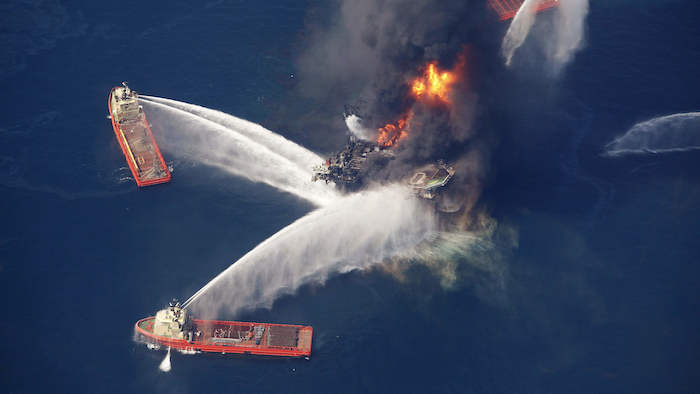 NEW ORLEANS (AP) — A Deepwater Horizon supervisor ignored a clear red flag and should be held partly responsible for the 2010 oil spill that blackened the Gulf of Mexico coast, a federal prosecutor argued Wednesday.

Prosecutor Jennifer Saulino said in her opening statement that Robert Kaluza is one of two supervisors who ignored tests showing upward pressure from oil and gas when there shouldn't have been any. Kaluza is standing trial on a single misdemeanor charge of violating the Clean Water Act and could face up to a year in prison if convicted.

Kaluza, who was day supervisor for BP PLC, and night supervisor Donald Vidrine both ignored critical test results that pointed toward a major malfunction in the making, Saulino said. Vidrine has pleaded guilty to the charge facing Kaluza and will testify for the prosecution.

"Mr. Kaluza wasn't the only reason" the well blew wild, Saulino said. "But evidence will show that he was one of the reasons," and should therefore be held responsible.

Defense lawyer Shaun Clarke argued that Kaluza was only working a brief stint on the rig and now finds himself accused of "the greatest environmental crime in all our history" because he left a critical decision to more experienced people.

Kaluza had spent most of his career onshore, and had been working on a different offshore rig when he was sent as a four-day substitute for a Deepwater Horizon supervisor who had to renew his credentials, Clarke told jurors.

Rather than ignoring the pressure test, he said, Kaluza told the crew to stop work before his shift ended, leaving the decision of what happened next to Vidrine, who had spent years with the Deepwater Horizon and its crew.

He also said the main reason the well blew out is that BP and rig owner Transocean Ltd. had failed to do required five-year maintenance on the rig's blowout preventer. It should have been taken off of the rig, disassembled, repaired and put back together 4½ years before the accident on April 20, 2010, he said.

That's a six-week procedure that "would have cost BP $25 million and would have cost Transocean the Horizon's status as its top rig in the Gulf. So they never did it for nine and a half years," he said.

David Gerger, another defense attorney, asked former BP supervisor Murry Sepulvado, who was not on the rig at the time of the explosion, about the test — called a "negative test" or a "negative pressure test."

"That's where you stop the job if something is not right ... or you feel you don't understand?"

Gerger then asked whether people in any of three Transocean positions also could have ordered an emergency shutdown for the same reason. Sepulvado said yes to all three.

U.S. District Judge Stanwood Duval told prospective jurors Wednesday that they will get the case by March 4.

The blowout killed 11 workers and the well spewed an estimated 134 million gallons of oil into the Gulf of Mexico before the mile-deep gusher was plugged nearly three months later.

Both Vidrine and Kaluza were once charged with manslaughter of the workers who died, but federal prosecutors dropped those charges in December. Only four employees, mostly lower-ranking, were charged with individual criminal responsibility for the spill. Most of those cases unraveled before skeptical jurors and judges.