Takata Corp's U.S. unit has reached a settlement with representatives of those injured by lethally defective airbags, paving the way for the company to exit Chapter 11 bankruptcy and move forward with a reorganization plan, according to court documents. 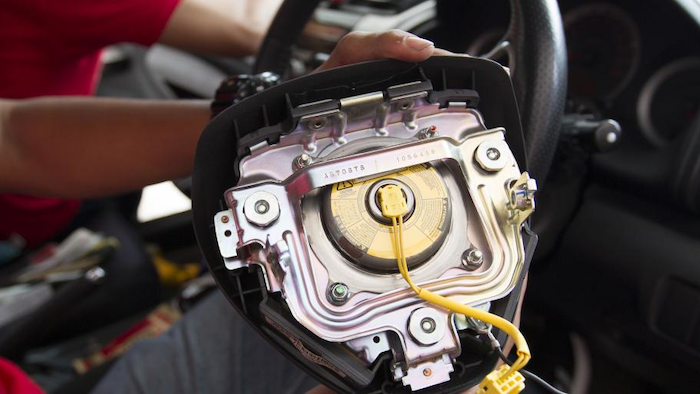 NEW YORK (AP) — Takata Corp's U.S. unit has reached a settlement with representatives of those injured by lethally defective airbags, paving the way for the company to exit Chapter 11 bankruptcy and move forward with a reorganization plan, according to court documents.

The agreement between the Japanese auto parts suppliers, injured drivers and creditors, was outlined in documents filed in a Delaware bankruptcy court. Two groups representing people suing over the airbags have dropped their opposition to the restructuring plan, according to the documents filed on Saturday. Under the settlement, lawsuits will be resolved through a trust fund.

Takata was forced into bankruptcy amid lawsuits, multimillion-dollar fines and crushing recall costs involving the airbags. Key to the restructuring plan is the planned sale of most of its assets to a Chinese-owned rival for $1.6 billion.

Thirteen automakers have joined the agreement, including General Motors and Ford Motor Co. and Toyota Motor Corp. The manufacturers, which are both Takata's largest customers and biggest creditors, are indemnified in their agreements with Takata from losses and liabilities related to the airbag inflators.

Takata will file an amended version of the reorganization plan in court, according to the documents.

A spokesman for Takata said the company had no comment on the settlement.